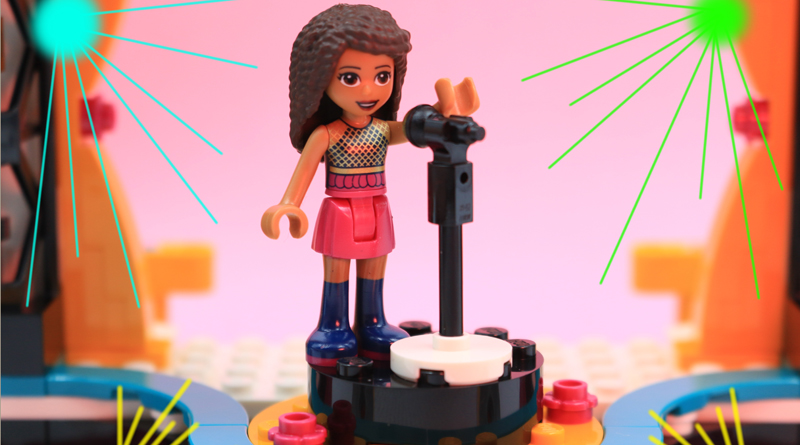 It is time for the titular character to perform in LEGO Friends 41368 Andrea’s Talent Show, but does the character – and the set – hit all the right notes?

Lights, camera, action! In 41368 Andrea’s Talent Show, the titular character takes to the stage once again. There’s a potential prize of $100,000 – if only fans could go into their banks with printed LEGO cheques. Many locations have their own major television talent contests, so 41368 Andrea’s Talent Show will likely be familiar – but is it worthy of a standing ovation? 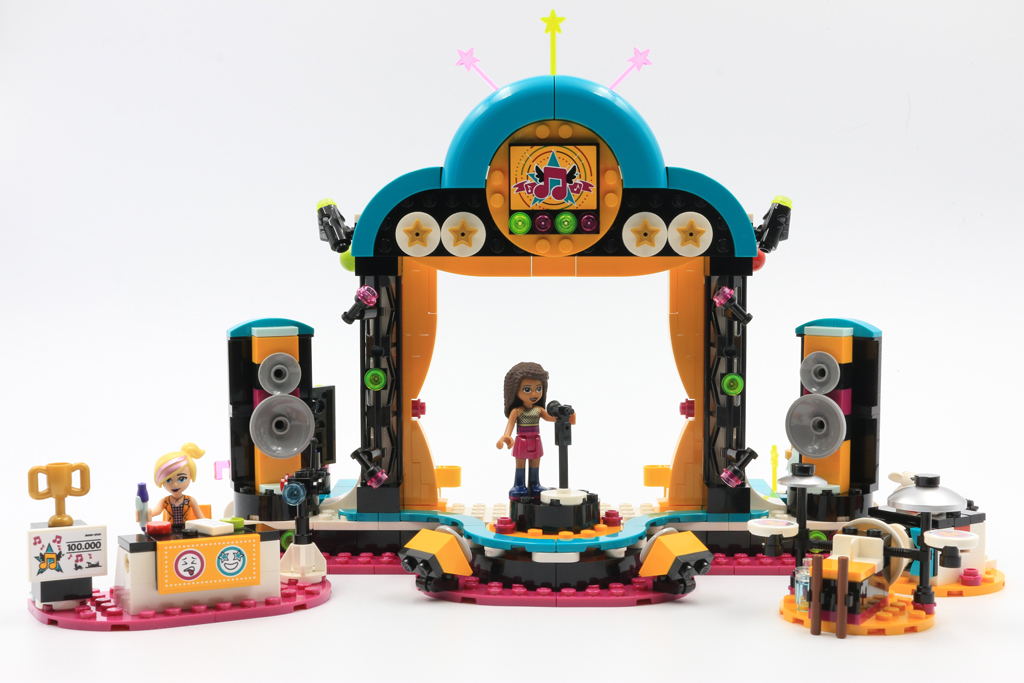 Although the main stage is the central build of this set, a lot of the piece-count goes toward the various smaller builds which really add to the authenticity of the model. There’s a very realistic drum kit, particularly the cymbals which are made from silver aerials. A mini-magic table has a working feature to “vanish” a white rabbit, and like all major talent shows, Chloe’s judging panel has giant buttons to send competitors through to the next round – or not.

The stage uses a fun palette of extremely bright colours, and there are plenty of neon 1×1 studs to imitate garish television lighting. Hidden within the stage are rare 4×4 gear pieces that allow either a mini-doll to pirouette, or for any of the side builds to be attached and spin around.

There’s a great amount of detail to the stage that you would find in a real theatre. The curtains use 1×4 slopes in deep yellow for a smooth fabric effect, whilst flowers imitate curtain-ties. On either side of the stage are huge speakers that can double as equally large television screens which use stickers to show Andrea performing. On top of the stage is a scalloped façade made from a base of 8×4 half-circle plates with various curved turquoise pieces attached. The “crown” of stars is actually some wand pieces clipped onto the back of the build.

There are also some amazing play features included in the stage. With the pull of a lever, 4×4 tiles can reveal either a happy or sad face to indicate a contestants’ fate during a round. Another added bonus is a support for a smartphone that can be used as a background for the stage. It doesn’t matter if you don’t use the set with a phone, but it is a clever piece of design that provides a welcome option.

To match the glitz and glamour of performing life, Andrea has a completely new outfit with some metallic gold printing. Chloe makes her debut with a business-like jacket and a fantastic hair-piece that includes metallic pink highlights. It would have been a slightly fairer contest if one more mini-doll competitor was included in the box.

41368 Andrea’s Talent Show is an extremely fun and well designed LEGO set. If fans love the performing arts then this set should get a smiley face and go through to their collection.

41368 Andrea’s Talent Show is available now at shop.lego.com. You can help support Brick Fanatics’ work by using our affiliate links. 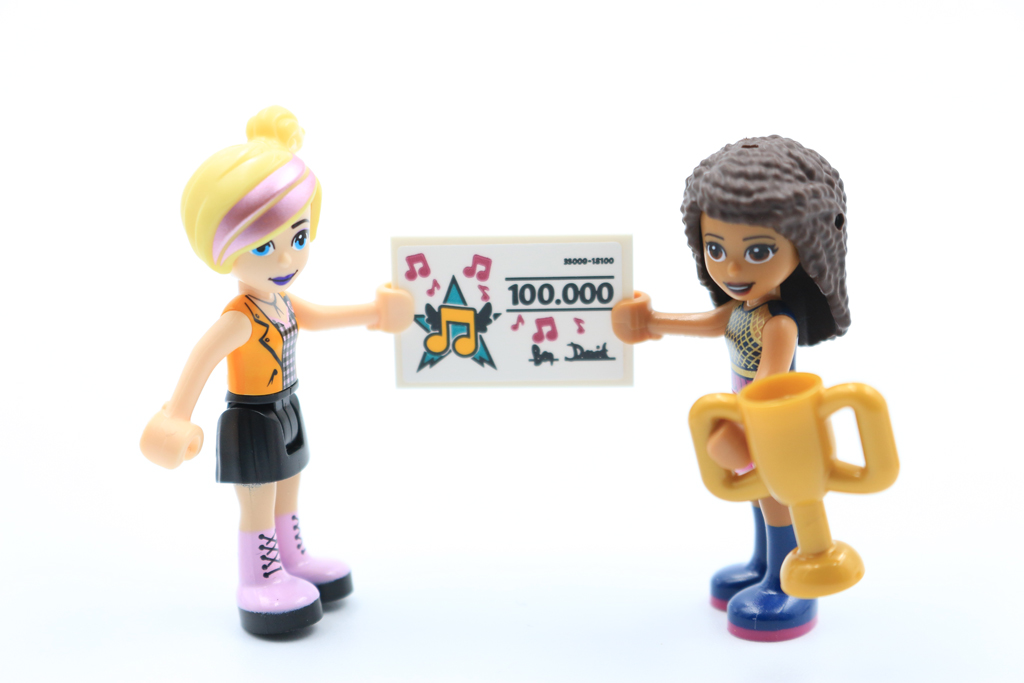