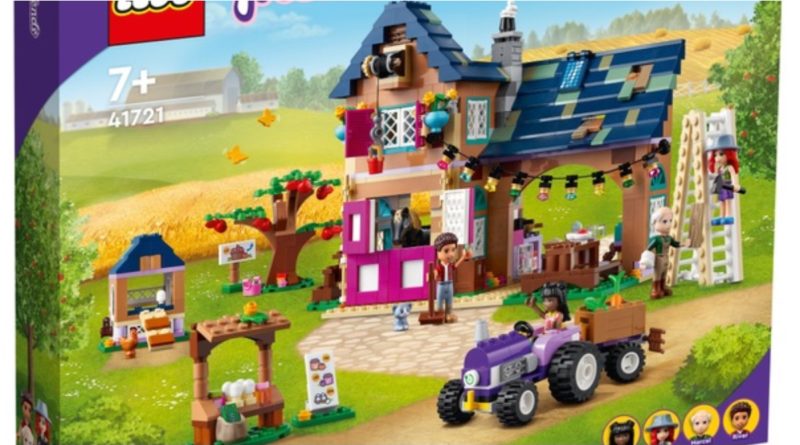 A new farm in the Friends range is due to launch next month, joining an unexpected flood of LEGO farm sets.

LEGO farms, as it turns out, are like buses: wait ages for one, and then three turn up at once. 41721 Organic Farm (as its name translates) has appeared on the Swiss Smyths Toys website, joining several other product announcements in the Friends line.

The upcoming Friends line-up is impressively diverse, covering environs such as a water park, a wildlife rescue centre and a roller disco arcade. 41721 Organic Farm is no exception; it features a barn, a small hen house and a stall where eggs can be sold. There’s also a small apple tree bursting with fruit to be picked.

41721 Organic Farm is an interesting set, as it joins a number of other upcoming farms in other LEGO themes. 21187 The Red Barn is due to appear in the Minecraft theme, with a large, attractive building as its centrepiece. The LEGO CITY theme also has a number of farm sets releasing soon, including one with a sheep you can shear.

Fine details on this new farm aren’t yet available, as we only have a single shot of the box front to go on at the moment. However, it certainly appears to be a fully-featured option for any LEGO Friends fan.