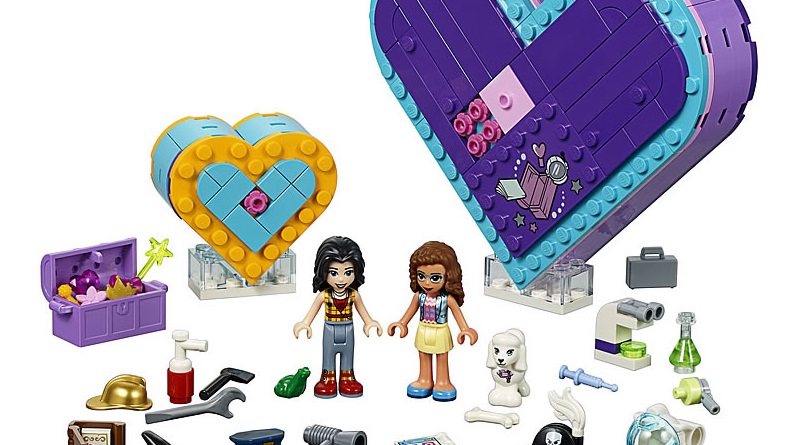 Official images of a new LEGO Friends subtheme reveal the new Heart Box sets that will be released in 2019.

LEGO Friends will introduce a new range of sets next year, with buildable Heart Boxes bringing something new to the long-running line. The Brick Fan has shared images of these new sets, which were first rumoured by Brick Fanatics back in September.

There will be six sets, shown in the images below:

Five of the sets are themed around the usual core LEGO Friends characters. Each product features the same buildable heart box, in a different colour relevant to the included character. The mini-doll for that character is included along with some specific accessories appropriate to their personality.

41359 Heart Box Friendship Pack includes two boxes to build, one is larger than the standard size, and extra accessories are included to allow children to role play with the two mini-dolls included together. Olivia is included along with a new character named Vicky.