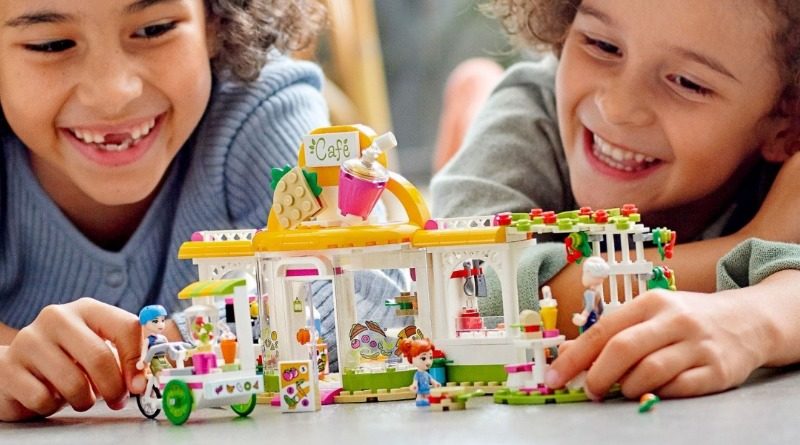 The demographics of Heartlake City are being shaken up with the introduction of new micro-dolls to the LEGO Friends theme in 2021.

Micro-doll figures will be used to represent Heartlake’s children in a new wave of sets arriving on January 1. The micro-dolls are roughly half the height of a mini-doll figure, reaching to just above a mini-doll’s waist. Like the baby versions of traditional LEGO minifigures, these new micro-dolls are not articulated. They consist of a single body piece with removable head.

Three sets in the upcoming range will include the new micro-dolls: 41444 Heartlake City Organic Café, 41447 Heartlake City Park and 41449 Andrea’s Family House. The box art of these sets reveal the character identities of the children. Andrea gets a new younger sister, Liz; a little girl named Ava appears to be visiting Heartlake’s organic café with her grandfather; and lastly, a young man named Henry looks to be having a birthday party in the city park.

There has already been confirmation that the child population of Heartlake City will keep growing. Another new set, 41450 Heartlake City Shopping Mall, was recently revealed to be arriving in March. Images of the set show a little boy and a baby figure out shopping with their dad. Another Liz figure will also be appearing in an upcoming 2021 polybag.

The micro-doll figure was first introduced in 2020 in the wave of Storybook Adventures sets from the LEGO Disney theme. In these sets the micro-dolls just represented small versions of regular adult Disney characters, shrunk purely to fit the scale of the closing-book style sets. Their introduction in the LEGO Friends theme will be their first use as children.