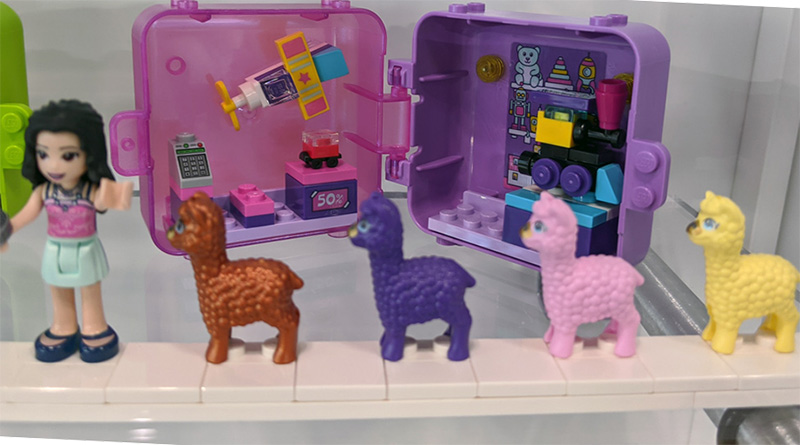 At New York Toy Fair, the animals that will be found in LEGO Friends Play Cube Series 2 sets have been revealed.

A few days ago, the second series of LEGO Friends Play Cube sets were revealed online, and now the animals that are contained within the little packs have been revealed at New York Toy Fair.

Each LEGO Friends Play Cube includes a small cardboard packet covered in question mark. Inside is the relevant animal for the set, in one of five different colours. Zusammengebaut shares pictures of the animals from the LEGO booth at the event.

For those who will be collecting every pet in every colour variation there are a total of 25 unique pets per series of Play Cubes. Each Play Cube is tailored to the individual mini-doll’s personality, building a little scene for them to interact with.

There will be a further series of Play Cubes revealed later in the year.

At the International Toy Fair event in Germany, the names of the LEGO Friends sets that will be released this summer were revealed.