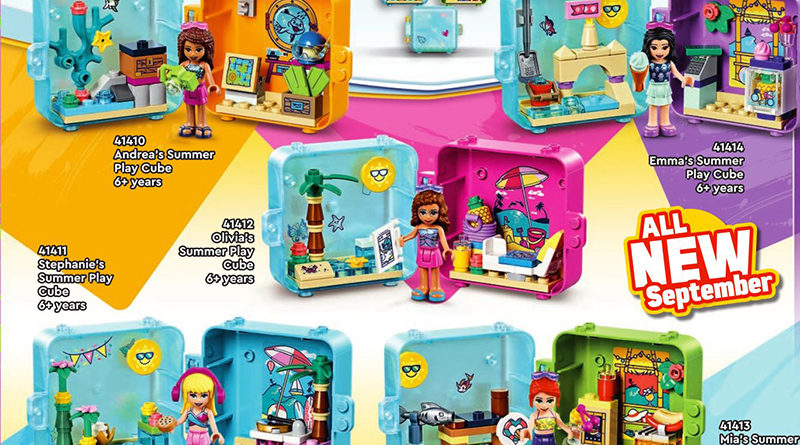 Five new LEGO Friends Play Cube sets, which will make up Series 3 of the subtheme, have been revealed.

LEGO Friends introduced Play Cubes this year, a product type that sees fans can get a mini-doll, a few bricks and an animal in a little plastic case. Series 3 will launch in September, with five new summer themed Play Cubes.

Promobricks has shared a page from the official LEGO catalogue that reveals the five sets:

Each set sees the mini-doll included partaking in some delightful summer activity, most of them being beach based. Plenty opf summer related accessories are included, such as a spade, pineapple and scuba gear.

There will be five animals to collect – seahorse, dolphin, turtle, flamingo and seal. Each animal will be available in four colours, with each Play Cube containing a random colour.

A whole new wave of LEGO Friends sets arrived on June 1, including some summer holiday themed sets – most notably 41430 Summer Fun Water Park – and other based around animal conservation.