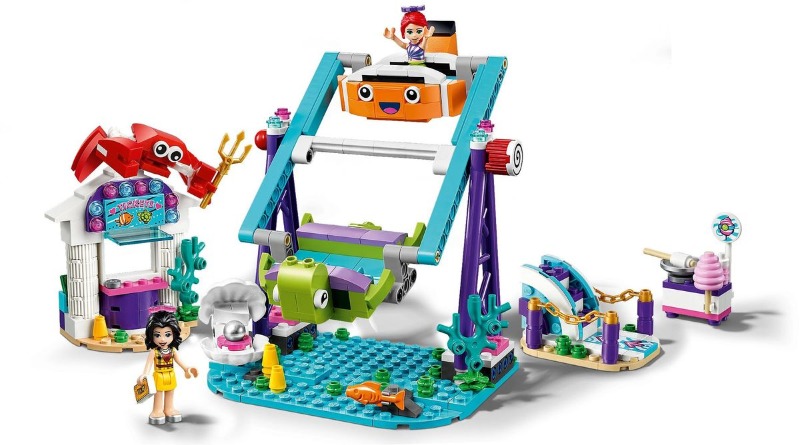 The first images of two upcoming summer sets for LEGO Friends have appeared online, revealing this summer’s second subtheme to be a water park.

The summer Friends sets were first announced at Nuremberg Toy Fair in January, with the focus on two separate areas: coastal sets and the regular Heartlake City sets. Among the sets listed for the latter was 41375 Heartlake City Amusement Park, suggesting a return to the theme park subtheme Friends branched out to in 2016.

Now, though, it looks like the set name translations may have been a little off. That’s because one of the sets revealed by Belgian retailer ToyChamp, 41377 Underwater Loop, was originally listed at Nuremberg as “41377 Swing with Looping”. In fact, the actual set features an underwater-themed ride, complete with Atlantis-style carnival stall and sea creature décor.

It’s not a stretch to imagine that 41375 might actually be some kind of huge water park set, then, but we’ll have to wait for the official images to find out for sure. For now, ToyChamp has only published pictures of 41377 and 41379 Heartlake City Restaurant. Expect to see images soon of the rest of this summer’s LEGO Friends sets, which should launch June 1.

Images of this summer’s CITY, Creator and Architecture sets have also been revealed today at various online retailers.