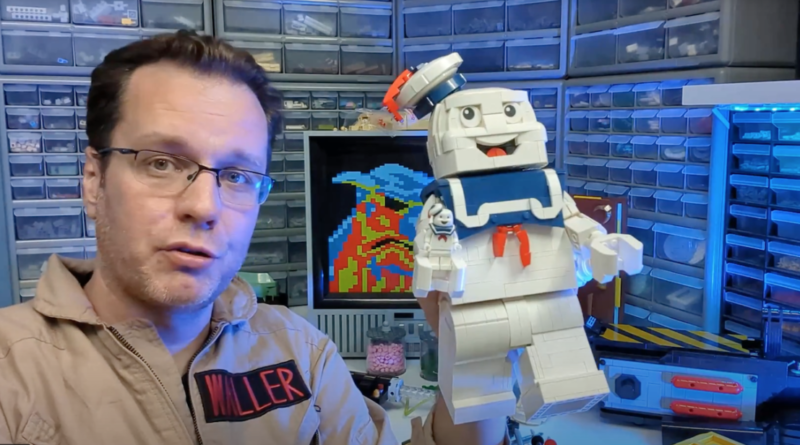 A LEGO Ghostbusters fan designer has revealed how you can build your own Stay Puft Marshmallow Man model in a new instructional video.

The creator behind LEGO Ideas 21328 Seinfeld and 21108 Ghostbusters Ecto-1, Brent Waller, has been busy working on a new LEGO Ghostbusters build. The fan designer has already created his own life-size Ghost Trap, Ecto Goggles and Proton Pack and now he’s released online instructions for a new model.

This time it’s a giant LEGO Ghostbusters Stay Puft Marshmallow Man Maxifigure, based on the character’s appearance as a boss in LEGO Dimensions. The 36-minute video is available to watch on YouTube and shows fans exactly how to make their own version of the model and exactly which LEGO pieces are required. In terms of scale and building complexity, the character is roughly based on the figures in the 76393 Harry Potter & Hermione Granger set.

This isn’t the first LEGO Stay Puft Marshmallow Man model that Waller has created, as his initial design based on the movie version of the character was submitted to LEGO Ideas in 2014. Although the design did manage to hit the required 10K supporters mark, it was ultimately rejected by LEGO Ideas as a potential finished product. Instructions for building that version of the Stay Puft Marshmallow Man can be found here.