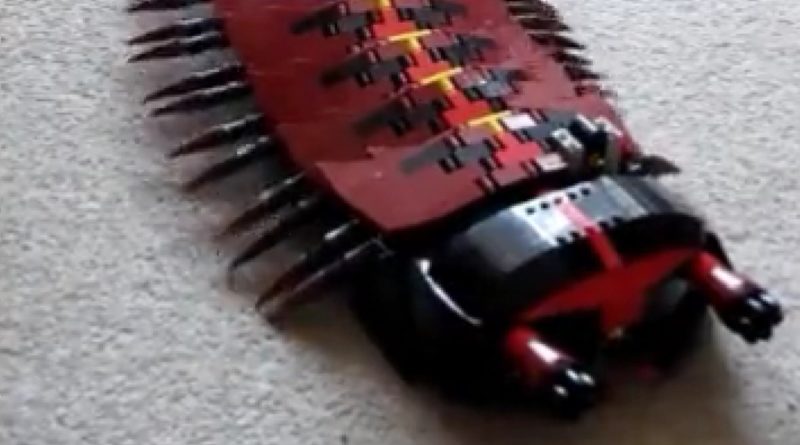 A giant LEGO millipede has garnered plenty of attention on Twitter, thanks in no small part to its realistic, animated feature

The Arthropleura Armata was, according to Guinness World Records, the largest land-based invertebrate ever. Now, a brick-built version of one by legozoic has been shared by ignigeno on Twitter, gathering 10.5K likes and over 1,800 retweets at the time of writing.

It’s not uncommon for impressive LEGO models to be shared on social media, but not all of them manage to earn such a huge amount of attention. Other than the size of this creation, one of the most interesting features is the realistic animated legs, which raise and lower in waves from the back to the front of the model.

Although the Arthropleura Armata isn’t an insect, similar LEGO creatures have been proposed on LEGO Ideas and the project is currently in the first 2022 review phase, ready to be considered for an official LEGO Ideas set.

Other moving models from the online LEGO community include a moving version of an alternate model in 31129 Majestic Tiger.

Get in touch with Brick Fanatics at conta[email protected]