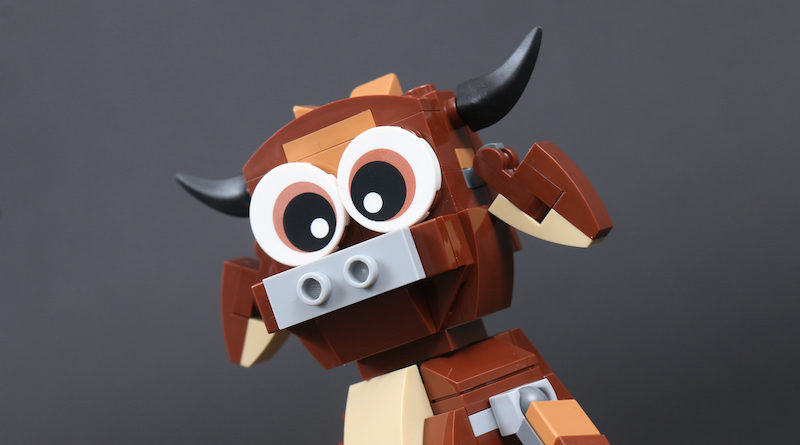 It is the eighth such promotional set from the LEGO Group (and the seventh in this particular series), providing a fun, quick build based on the latest animal in the Chinese Lunar Year. The Ox is the second of the zodiac animals and is known for hard work, intelligence, reliability and humility.

As a LEGO set, 40417 is very much in line with the same building approach and cartoonish design that has defined the Chinese Lunar Year animal series of sets, dating back to the second one released in 2015 (and arguably the first real entry in this current run of such sets) for the Year of the Sheep.

It’s a style of build that in particular helps to differentiate it from BrickHeadz’s recent move into pet-based builds.

If it’s your latest addition to what is a growing collection of these sets then it will look right at home on the shelf, just as it will sat amongst the LEGO Group’s increasing number of Chinese New Year-themed sets.

That’s ultimately where most of the value is to be had in this promotional item, in its compatibility and relevance within a wider LEGO collection, and timing of release just as the Chinese New Year begins on February 12, 2021. It’s a fun little build with relevance for an increasing number of LEGO fans. Don’t be surprised to see its collectability rise in years to come.

Support the work that we do at Brick Fanatics by purchasing your LEGO through one of our affiliate links. Thank you.