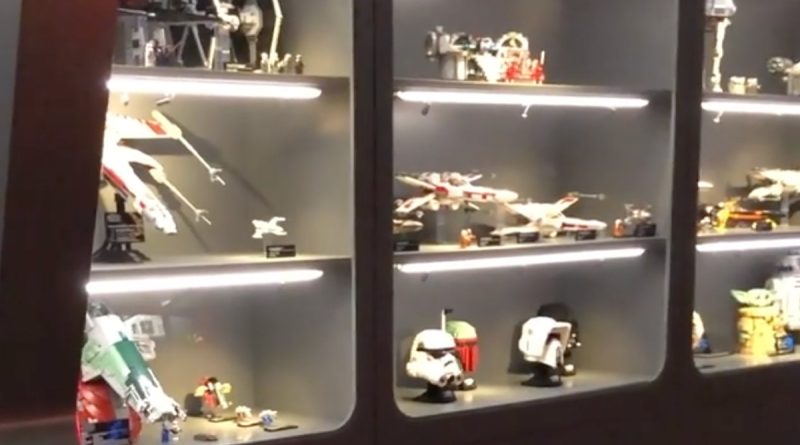 The LEGO Group has shared a rare glimpse into its hidden Star Wars room in Billund, which is packed with sets hand-picked by the LEGO Star Wars design team.

Located at LEGO headquarters in Denmark, the room offers some serious inspiration for anyone dreaming up how best to furnish their own LEGO Star Wars space. And while the video shared to Facebook only gives us a taste of what’s inside, it’s enough to make us envious – not least because of the treasure trove of sets on display, among which are some holy grails of the past two decades.

There are multiple Millennium Falcons, for instance – including both Ultimate Collector Series models, and a playset version hanging from the ceiling – along with long-retired (and highly-sought-after) sets like 10221 Super Star Destroyer, 75222 Betrayal at Cloud City and 9516 Jabba’s Palace. Each and every one of the sets on display was apparently chosen by the LEGO Star Wars designers.

It’s not all vintage sets, either: you’ll also spot recent models like 75318 The Child, 75305 Scout Trooper Helmet and 75308 R2-D2 behind the room’s glass-fronted shelves, protected from the perils of dust. As the LEGO Group points out in the video’s caption, though, it couldn’t show every single LEGO Star Wars set in this relatively brief clip. That means there’s a distinct possibility the room also contains unrevealed 2023 sets…

We’ll likely never know for sure, given this room is seemingly off-limits to the general public. But if you’re looking for ways to set up your own LEGO Star Wars room, you could do much worse than following the dramatic décor of the LEGO Group’s own space dedicated to a galaxy far, far away.