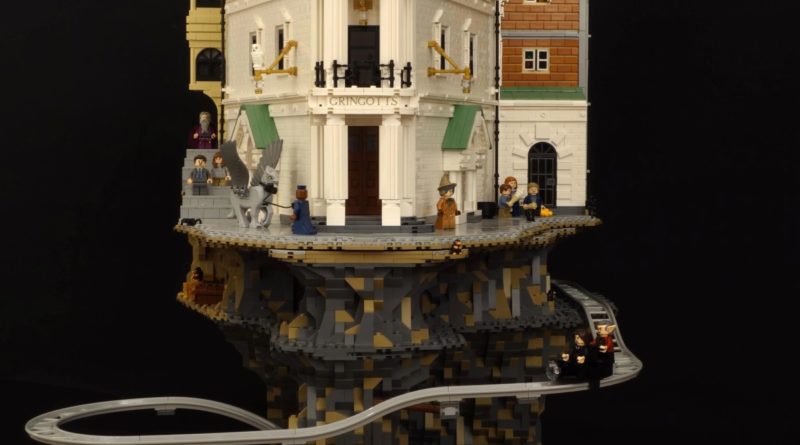 While we wait for a Gringotts expansion to LEGO Harry Potter 75978 Diagon Alley, this massive model stretches far beneath the street.

The LEGO Group has already responded to fan requests for an official Gringotts set to go with the modern range of Harry Potter, revealing that no plans are in place for such a creation.

However, Reddit user stej123 is on hand with a behemoth build of their own. Not only does this model cover the outside and interior of the Gringotts bank, with details for the building next door too, but also the chaotic minecart track beneath the building.

Comments from the user reveal that this creation has been in the works for two years, with the full thing finally complete. Everything from the grand entrance to the dragon in the caverns beneath Gringotts is represented, as well as several minifigures and creatures too.

They estimate that around 20,000 bricks make up the model, meaning it is unlikely that an official modern recreation would ever be quite this big with the highest number of pieces in a set currently belonging to LEGO Art 31203 World Map at 11,695 elements.

Anyone hoping to grab Harry Potter 75978 Diagon Alley in the hope that Gringotts might one day join it can do so now at the official online store with a free Gryffindor Dorms GWP available with purchase for a limited time.