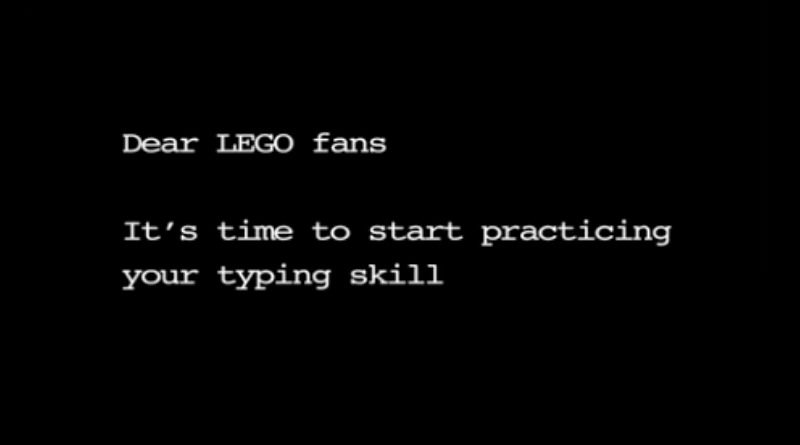 The LEGO Group is adding fuel to the fire of rumours about the release of the next LEGO Ideas set.

Over the last few months, talk has been circulating that the next LEGO Ideas set is soon to be released and that it will be 21327 Typewriter. Nothing has been confirmed by the LEGO Group or LEGO Ideas yet, but social media accounts for both companies just dropped a cryptic video that could confirm the rumours.

A woman sits at a desk, with the sound of clacking keys playing over the top. The video then cuts to black and a classic typewriter font cycles the following text across the screen: ‘Dear LEGO fans/ It’s time to start practicing your typing skills.’ The clip ends with the LEGO Ideas logo.

This certainly seems to suggest that we might expect to see 21327 Typewriter coming soon. The latest rumours said that Steve Guinness’s project will become available on June 16, which is just over a week away. A good amount of time to start building hype with mysterious posts, it seems?

Whenever it comes out, 21327 Typewriter is expected to sell for roughly $200, although that’s not yet confirmed either. Of course, we’ll keep you updated with the latest news as we hear it.