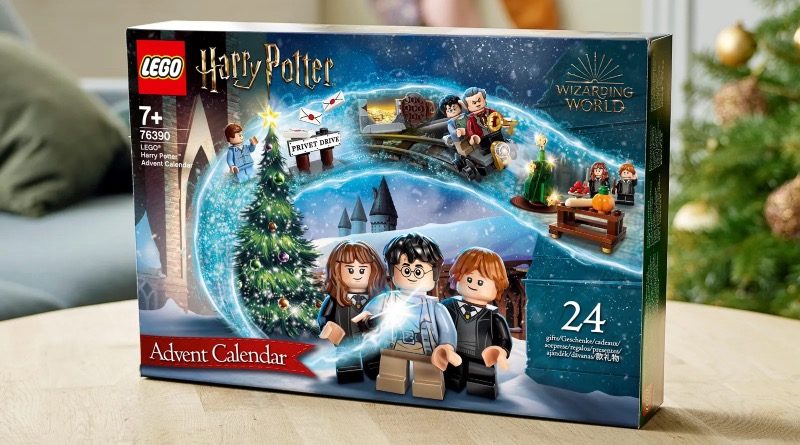 The LEGO Group has pulled the Invisibility Cloak off this year’s Harry Potter advent calendar, revealing its mini-builds and minifigures.

Spoilers lie ahead, then – so if you’d rather be surprised by the contents of this year’s calendar as and when you come to open those doors, best to skim past this story. But if your curiosity champions your ability to go about life spoiler-free, as it does for so many of us, carry on.

As rumoured all the way back in March, the headline event of 76390 Harry Potter Advent Calendar is the boy wizard variant previously exclusive to 75978 Diagon Alley’s secret additional box, which ties this calendar very specifically to the opening scenes of Harry Potter and the Philisopher’s Stone.

By that token, the calendar also includes Ron, Hermione and Malfoy in their Hogwarts robes, a new variant of Griphook the Goblin, and Dudley Dursley in his pyjamas. The mini-builds are also totally appropriate to the theming of the advent set, including a Privet Drive street sign, a Gringotts vault and Platform Nine and Three-Quarters.

Oh, and a slab of wall. Who could forget the famous, magical slab of wall? (Presumably it’s the wall that the kids run through to reach the Hogwarts Express, but, come on. It’s still a slab of wall.)