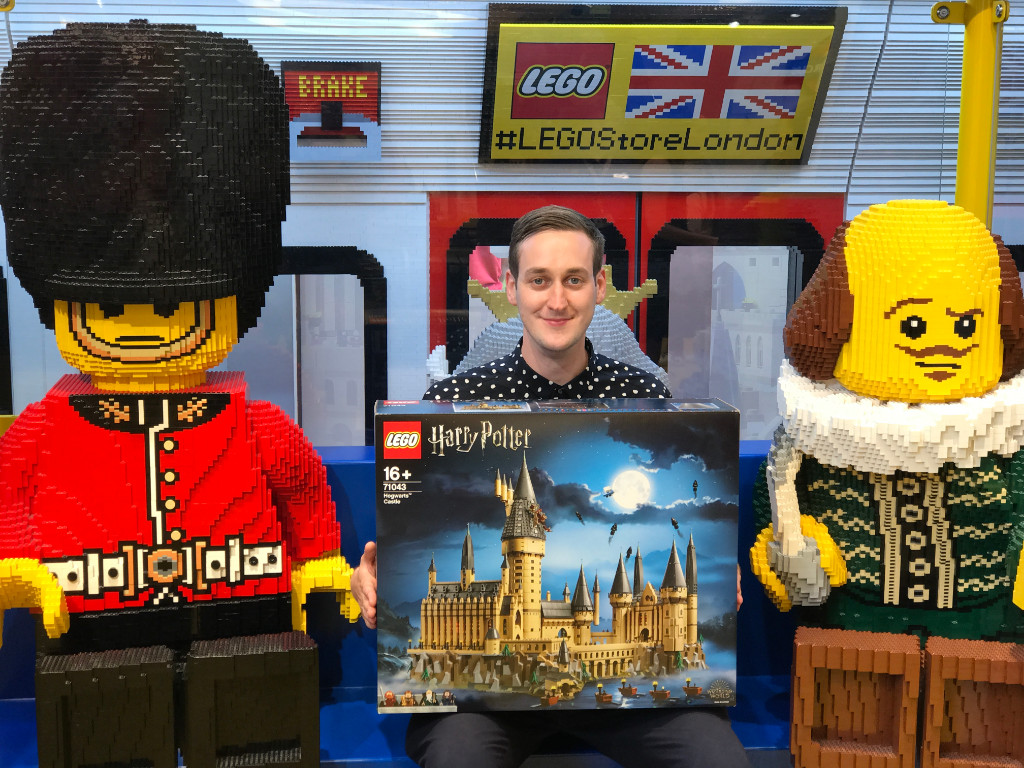 To celebrate the launch of LEGO Harry Potter 71043 Hogwarts Castle, fans came out in force to buy a signed copy of the set.

On Wednesday, August 15, the day the set launched, LEGO fans ququed outside the LEGO Store Leicester Square in London. At 4.00pm, the first brave wizards were welcomes into the flagship shop to buy LEGO Harry Potter 71043 Hogwarts Castle and get it signed by LEGO Designer Justin Ramsden.

Film critic Ali Plumb, who regularly works on LEGO launch events, was on hand to introduce Justin and present the set, which was being built live throughout the day in the store. 71043 Hogwarts Castle is the second largest LEGO set ever released, comprising over 6,000 pieces.

Fans patiently queued for hours, then made the most of the special moment when they could meet the face behind the product, and spoke with Justin as he signed their boxes. The designer has plenty of time for attendees, keeping his trademark energy and good humour throughout.