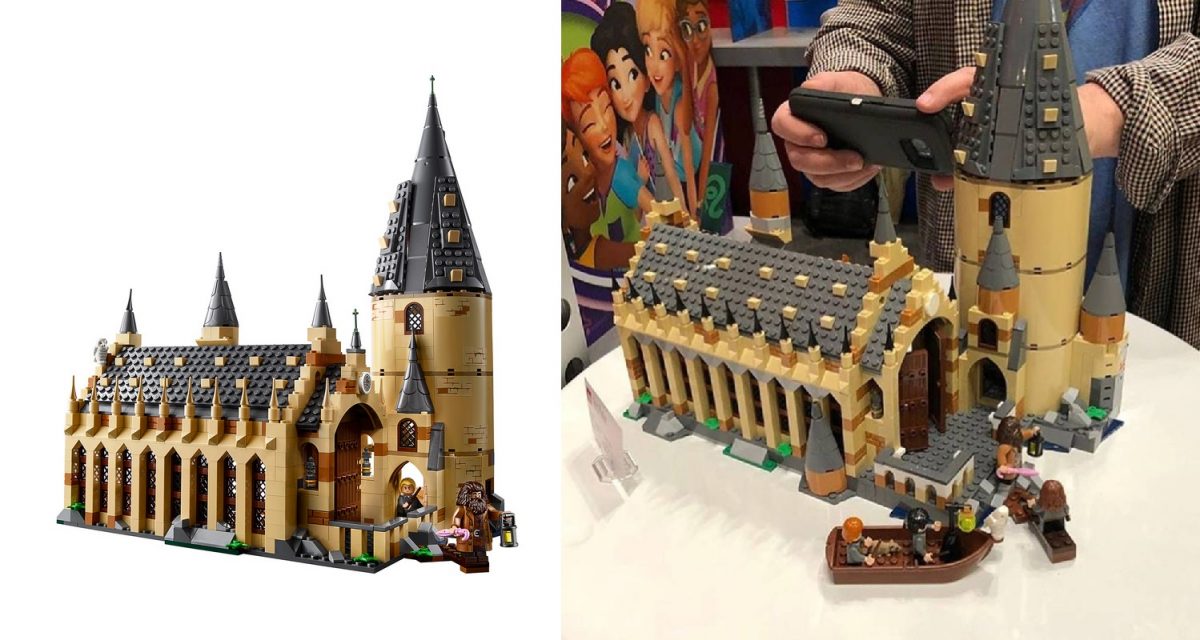 The first set from the LEGO Wizarding World of Harry Potter theme, 75904 Hogwarts Great Hall, has been unveiled twice – via a press release and at New York Toy Fair – and the two versions are different.

LEGO Harry Potter 75904 Hogwarts Great Hall was announced in a press release from the LEGO Group, and is also on display at New York Toy Fair. It is interesting to note that the two models are different, with the version on display at the show including different bricks to the one in the official press images. 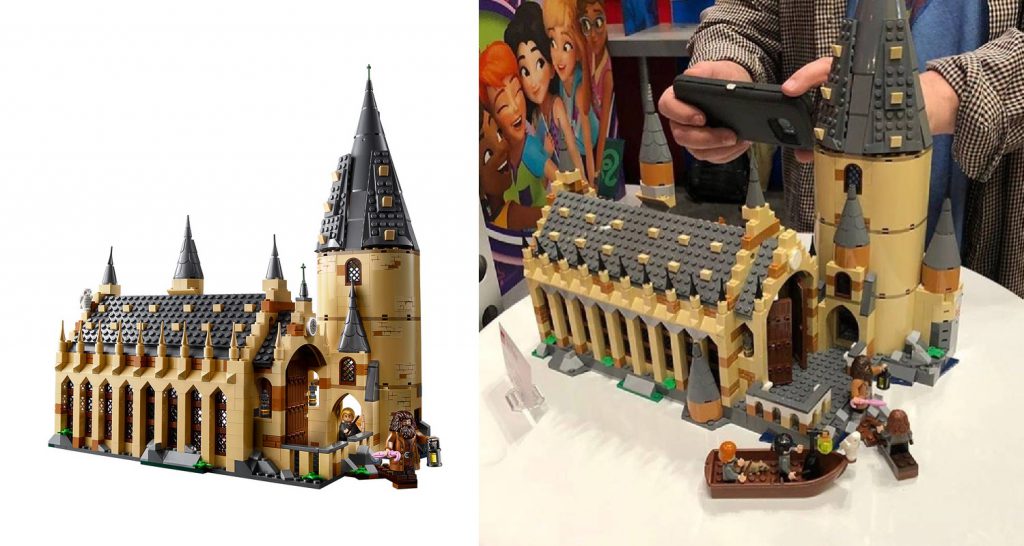 Here are the key differences picked up by Brick Fanatics:

Why the differences? The most likely explanation is that the right hand image, the version of 75954 Hogwarts Great Hall on display at New York Toy Fair, is a ‘non-final’ model. Often, during previews, the LEGO Group does not have a finished model to display so uses the closest version available. The key clues suggesting that this is an unfinished model, beyond the differences demonstrated, are the lack of stickers and lack of bespoke elements. So of the two different versions of 75904 Hogwarts Great Hall, the one in the clean press image is the one that best reflects the set that will be released in August.