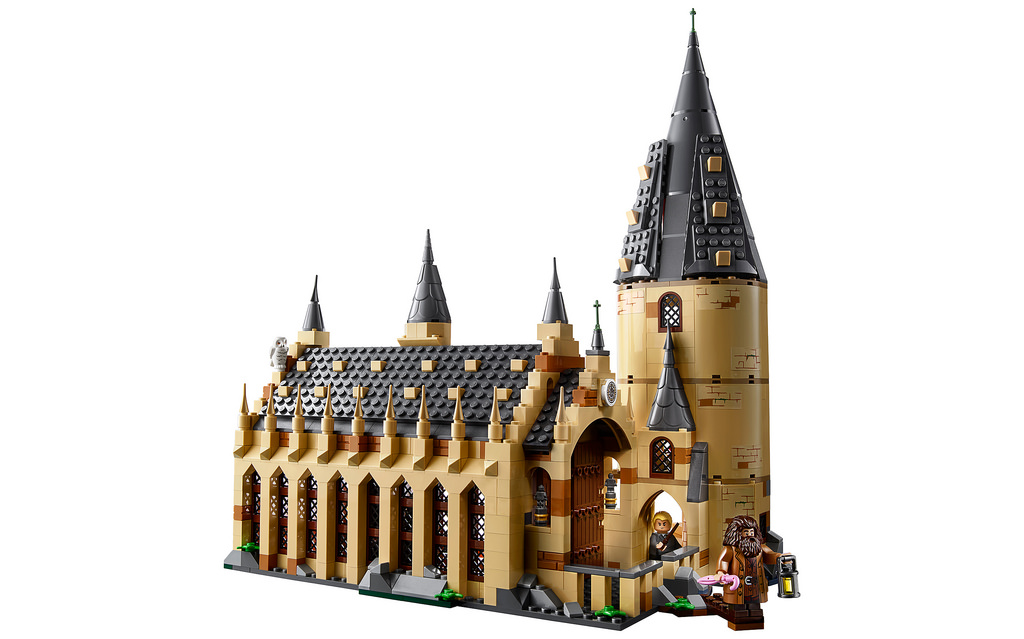 The LEGO Group has officially confirmed that Harry Potter will be back, announcing the first set from the new theme – 75954 Hogwarts Great Hall.

As has been rumoured, Harry Potter will be returning to the brick this year in the LEGO Wizarding World of Harry Potter theme, featuring sets from the classic stories and the new Fantastic Beasts movies. The first set to be announced is 75954 Hogwarts Great Hall, due for release on August 1. It contains 878 pieces and will be priced at $99.99 in the US. 75953 Whomping Willow has also been confirmed, without images.

Welcome to magical adventures at the Great Hall at Hogwarts!

Features the buildable Great Hall and a tower.

The 4-level tower features movable Grand Staircase spiral steps at its base, potions room, treasure room with chest and a turret featuring the Mirror of Erised with changeable pictures and roosting spot for Fawkes.