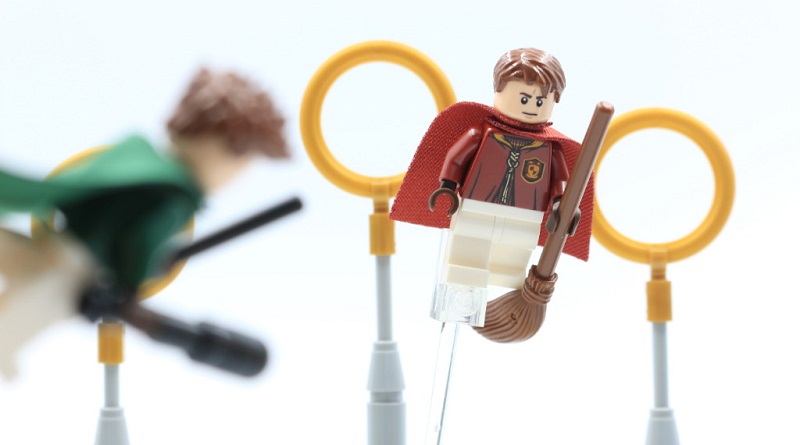 Broomsticks! Snitch! Quaffle! It can only be Quidditch. It was explained as a rough, brutal game by the Weasley twins in Harry Potter and the Philosopher’s Stone, and considering how many accidents that occur throughout the series on broomsticks, it seems like an apt description. 75956 Quidditch Match is only the third set depicting the Quidditch grounds of Hogwarts Castle and is the first ever to include spectator stands for all four houses. 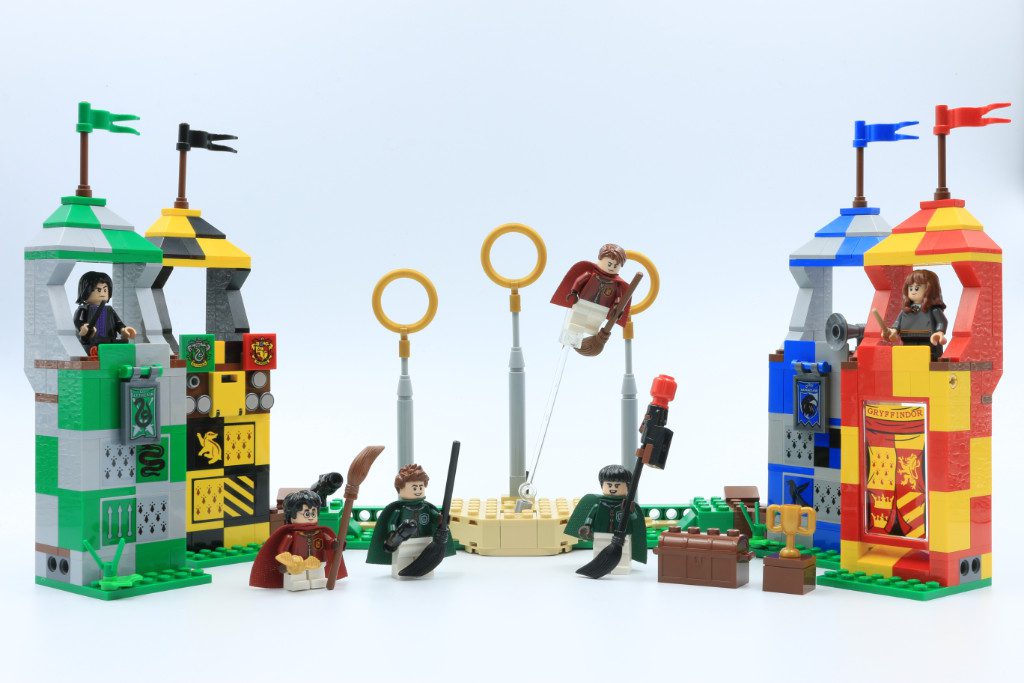 In the films, the Quidditch stands were exceptionally tall and narrow, but 75956 has reduced their scale, possibly in order to make them more stable or to lower the piece-count for an accessible price-point. They are all built on green 6×6 baseplates with the height achieved by layering plates and mainly 1x2x2 bricks. The bright two-tone house colours are very bold and the finished model makes for an eye-catching display piece. The only drawback is that all the detail comes from a vexing thirteen stickers that require a steady hand to align correctly on the tiles, particularly the large Gryffindor banner.

Building the stands could have been an exceedingly repetitive process but fortunately each one has a unique feature, however small, that separates it from the others. Gryffindor has an elevating flap, presumably to send a competitor flying through, while the Ravenclaw stand has a megaphone attached to its side to broadcast any imaginary commentary. Slytherin’s flame function mimics Hermione’s casting of Lacarnum Inflamari that she sets Professor Snape’s cloak on fire in an attempt to save Harry. Finally, interchangeable team tiles adorn Hufflepuff’s stand to represent who is playing against who, along with 1×1 round tiles to keep score.

Only half of the actual Quidditch pitch is included, which is slightly disappointing because only one teams’ goals are built. The goals are a huge improvement over previous iterations, ingeniously using Technic tyres in pearl gold. A Keeper can be placed on a clear shaft, that by turning a lever at the back, can swivel to defend each goal which is quite fun and very effective.

Out of its five minifigures, three are exclusive to 75956 Quidditch Match. Professor Snape comes with a dual-expression; mildly annoyed and downright furious (the latter probably for when Hermione sets his cloak on fire). The omission of Snape’s cape is very confusing, the professor without his billowing black cape is like Santa without his bright red suit. Hermione Granger is represented as a first year student and has a uniquely-sculpted wavy hairpiece that finishes the character perfectly.

The Quidditch players make use of fabric capes and the new broom mould in black and brown. Oliver Wood and Marcus Flint are both improved updates, with Slytherin’s team captain looking just as loathsome as he did during the first film. Stud-shooters are the menace of many LEGO sets and the one connected to Flint’s broom looks completely ridiculous. The designers were clearly trying to emulate how Flint knocks Wood unconscious with a Bludger, but have done so at the expense of the appearance of the broom.

One character notably absent from the minifigure line-up is Madame Hooch, who would have made perfect sense to be included as referee, and considering that the LEGO Group has made a mould dedicated to the Golden Snitch, then it would have been appreciated by Potter fans if the Quaffle and Bludgers could also have also their own pieces.

75956 Quidditch Match is like a potion missing a few of its ingredients. It does look good on display with the rest of the Hogwarts sets, but it won’t leave you feeling like you’ve won the Quidditch World Cup.

75956 Quidditch Match is available now at shop.lego.com. You can help support Brick Fanatics’ work by using our affiliate links. 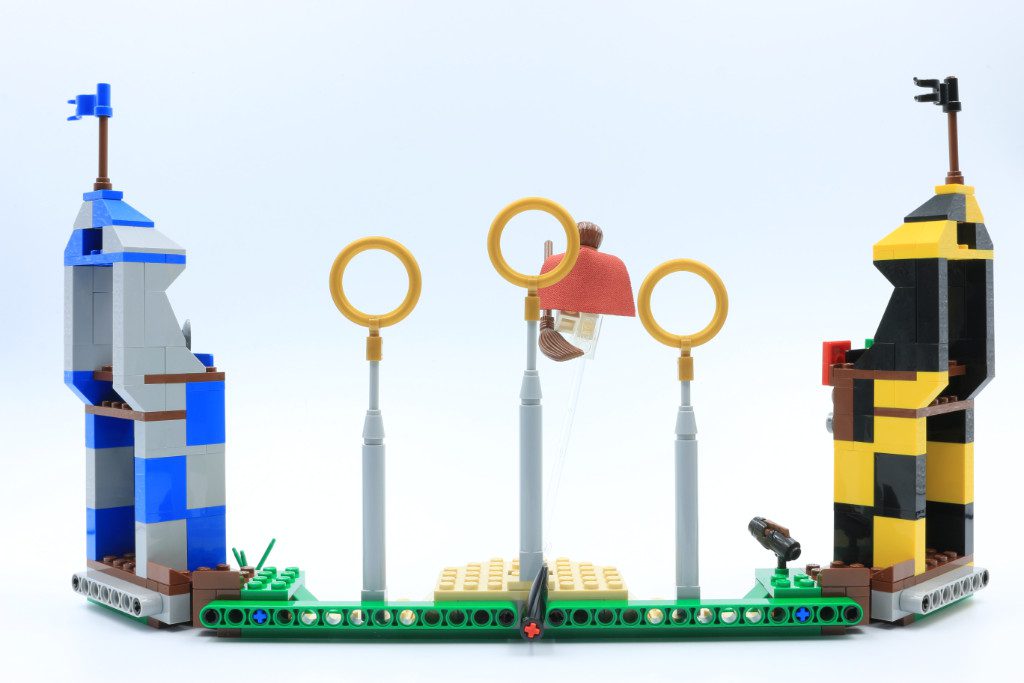