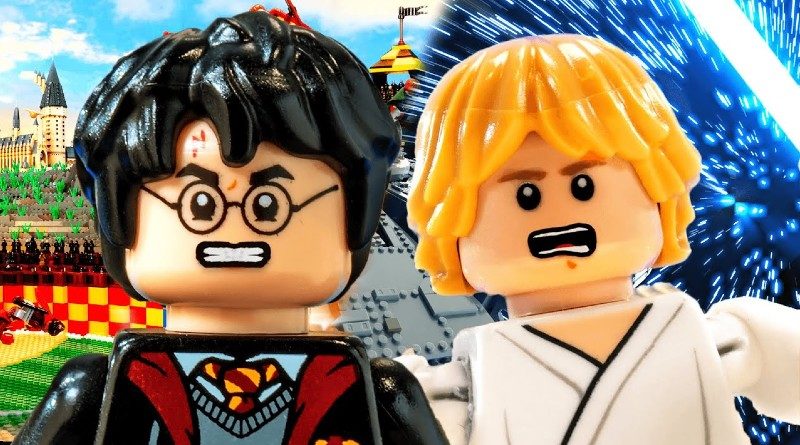 The LEGO minifigures of Harry Potter and Luke Skywalker are the newest contestants for the Epic Rap Battles of History YouTube series.

The most recent episode of the popular Epic Rap Battle of History series features a LEGO stop-motion rap battle between the Harry Potter and Luke Skywalker minifigures. Many characters, sets and scenes make appearances in the video.

The rap battle takes viewers through LEGO scenes from both franchises, as the minifigures fight to best each other. Impressively, even transition effects, such as the flames from the incendio spell, are made from LEGO bricks. The incredibly smooth stop-motion features a number of background details for fans to spot.

Several LEGO sets from both themes make an appearance. These include 75955 Hogwarts Express, 75192 Millennium Falcon, 75968 4 Privet Drive, 71043 Hogwarts Castle and lots of characters from the 71022 and 71028 Collectable Minifigures series. Fans can watch a behind-the-scenes video to learn how this project came to life.

The stop-motion was animated by Forrest Whaley, otherwise known as forrestfire101. Whaley is a long-time LEGO animator who first saw success with a LEGO Batman series in 2007. That series has continued and gathers millions of views to this day.

The Epic Rap Battle of History series has been going strong for 10 years with six seasons. Previously the series has used LEGO stop-motion in a video facing Zeus against Thor.