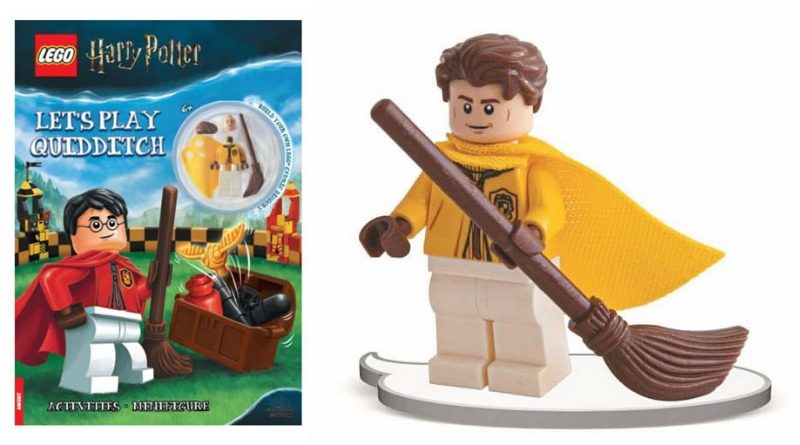 The puzzle activity book is Quidditch-themed, containing the first ever Hufflepuff Quidditch player. It was originally supposed to come out in the first quarter of this year, but was delayed to later this year, with Amazon offering pre-orders from November 11.

However, according to StoneWars, some shoppers have spotted copies of the book out in the wild in shops, before it’s available for online purchase. So far, the reports seem to be limited to mainland Europe, but if you’re keen to have a copy of your own, it’s a good idea to keep an eye out in bookshops and stationery retailers.

The book, Let’s Play Quidditch, is published by AMEET, which has published a whole range of LEGO books over the past few years. This one is based on the Harry Potter movies and contains a mixture of activities and puzzles designed for kids, as well as comics based on classic LEGO humour.

If you can’t wait until the end of the year for a new LEGO book, Chronicle Books have been busy releasing a variety of new products, including a book and calendar, as well as a host of new titles to be released throughout 2021.