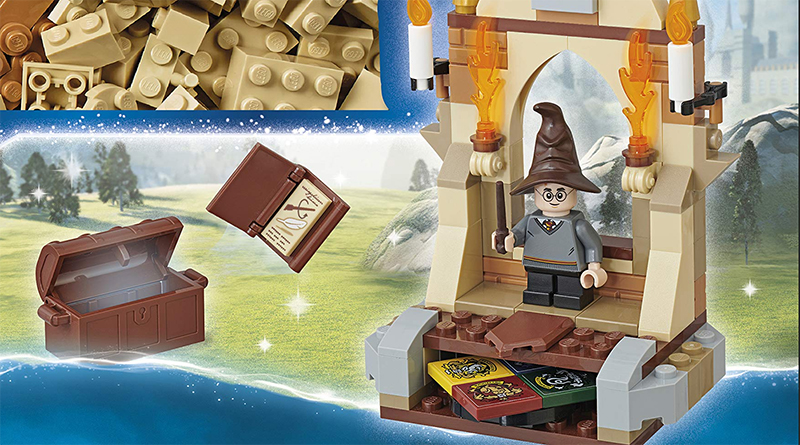 LEGO Harry Potter Build Your Own Adventure will bring the Harry Potter world to the series of official LEGO books.

As well as a new LEGO Star Wars edition, LEGO Harry Potter will be getting a Build Your Own Adventure book. The title has been revealed and is available to pre-order at Amazon ahead of its July 4 release date. It will incldue the pieces and instructions to build a Sorting Hat scene, as well as an alternate model. In addition to the book containing inspiration for 50 original models, the bricks to build the scene, a poster and bookmarks will also come with the new release.

Six new LEGO Harry Potter sets were recently revealed to be coming in the near future.