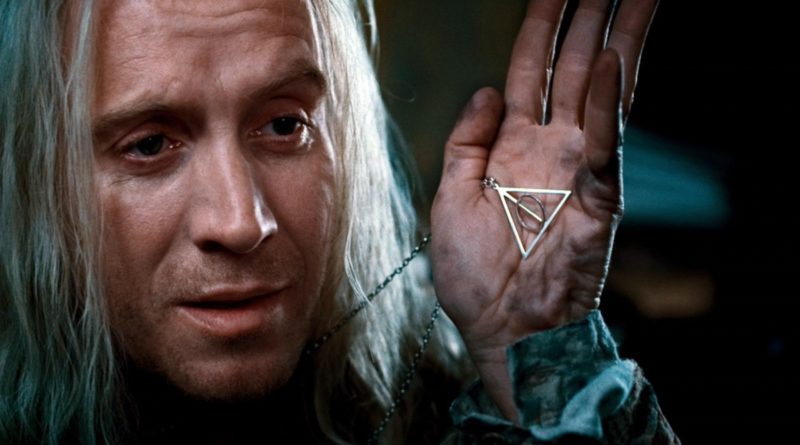 A LEGO model inspired by Harry Potter and the Deathly Hallows was nearly on the cards for 2021, but ultimately dropped in favour of earlier movies.

The LEGO Group’s designers have already stated that the two final Potter films aren’t as closely in line with the company’s values as the Philosopher’s Stone, the Chamber of Secrets and so on, but LEGO Design Master Marcos Bessa has revealed to Brick Fanatics that he did consider releasing at least one model based on the Deathly Hallows in 2021.

The newly-launched 76391 Hogwarts Icons Collectors’ Edition includes a collection of brick-built magical objects from across the Wizarding World’s first few films, topped off by a life-size interpretation of Harry’s owl, Hedwig. Among those icons are a Hogwarts letter, Harry’s glasses and wand, potions bottles and house scarves.

However, Marcos says he also briefly toyed with the idea of including another iconic symbol from the final, darker Harry Potter book and movies.

“At one point, I played around with a few other ideas,” Marcos says. “I started to think about a Deathly Hallows necklace and Neville’s Remembrall, for example, but they felt out of place when considering the other objects we were designing.”

While a brick-built necklace isn’t quite the same as minifigure-driven playsets based on the final films – which are top of most Potter fans’ wish lists at the moment – it would technically have made 76391 Hogwarts Icons Collectors’ Edition the first Deathly Hallows-themed set since the Wizarding World line returned in 2018.

Better still, it’s also another sign that the LEGO Group isn’t entirely opposed to referencing Harry Potter and the Deathly Hallows, and adds further optimism to Marcos’s earlier suggestion that the team could ‘sneak in things’ to future sets. Here’s hoping.