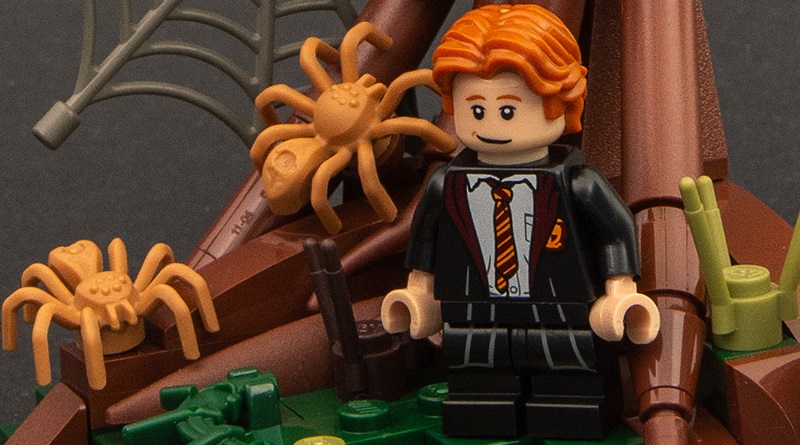 Ron is one of the main protagonists in the Harry Potter world so he appears in many different scenes. I went with a scene from the second movie were he faces many spiders in the Forbidden Forest – despite his arachnophobia.

I really liked the challenges the build gave me. The first hand was the spider, which should be big enough to be fearsome but also fit in the 8×8 footprint. I tried something new with the legs as I added several minifigure hands to make them look hairy. The second challenge was the tree, which opened the opportunity to make the best of the limited space by going into the height. Its backbone is a Technic lift arm that gives the tree enough strength to support the spider. The holding structure then gets covered by brown bricks including several animal tail and horn pieces to make the trunk more organic. For the ground I went with a rather dark colour scheme to adjust the build to the atmosphere in the movie. 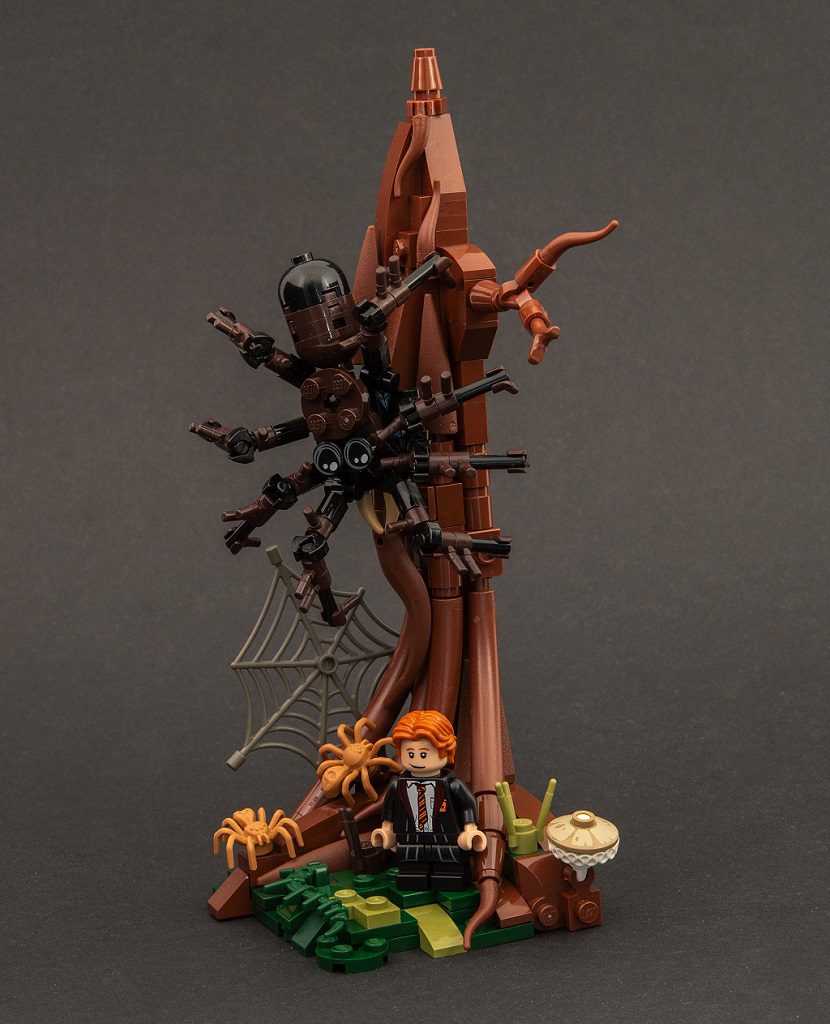 Check out more of Dmitri’s builds on Instagram, where he goes by @legodimnico.