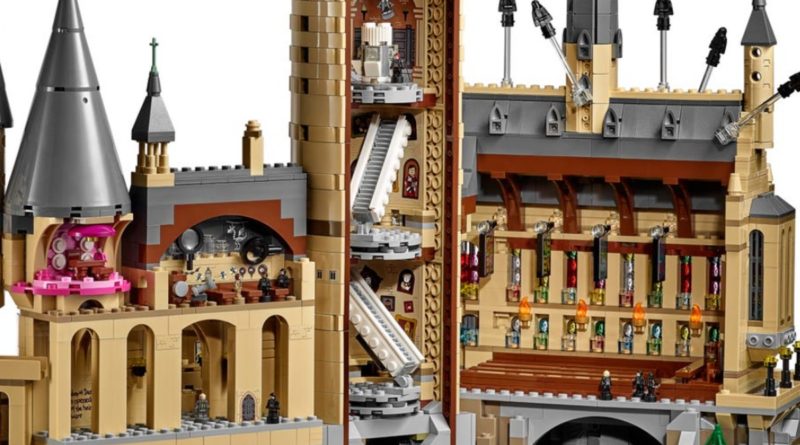 A LEGO Harry Potter GWP is rumoured for later this year, potentially recreating a location seen only once in LEGO bricks before.

71043 Hogwarts Castle is filled with miniature scenes of rooms from throughout the magical school. One of these is the Grand Staircase, which consists of moving staircases at various angles that shift to lead to different places over a school day.

Now, this location is said to be getting a dedicated model as rumoured by brick_clicker and was later followed up on by Promobricks. The information from both sources has yet to be officially confirmed by the LEGO Group and should be treated, like other reports, with caution.

According to the sources, 40577 The Great Staircase is a rumoured GWP that could be offered in July, potentially from July 15 to the 30 with orders of €130 or more. It’s reportedly made up of two castle walls at a 90-degree angle with stairs that can be rotated and various portraits along the wall.

A Hermione minifigure is mentioned as included and the rumoured layout suggests that it could be different to the last Harry Potter GWP – 40452 Gryffindor Dorms GWP – which was designed to fit in with the modular Hogwarts Castle since that is currently in use with recent sets and featured three walls accordingly.

While we wait to see if these rumours are accurate either by official confirmation or the reported deal starting, you can at least look forward to a nostalgic Castle GWP from June 15 to 22.