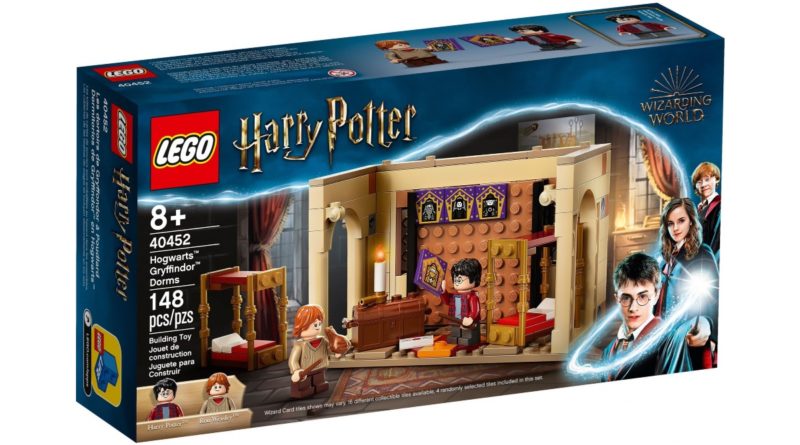 LEGO Harry Potter 40452 Gryffindor Dorms is now free with qualifying purchases around the world, despite fears it had been delayed in the US.

Earlier this month, the LEGO Group published an updated version of October’s LEGO Store calendar in the US that removed all mention of the gift-with-purchase, suggesting it had either been cancelled or delayed. However, the 148-piece boxed promo is now live in North America as planned.

You’ll need to spend $100 on LEGO Harry Potter sets to cop 40452 Gryffindor Dorms stateside, or £100 in the UK or €100 in Europe. There’s plenty to choose from to reach that threshold, including this summer’s wave of 20th anniversary sets (and their respective golden minifigures).

Either 76389 Hogwarts Chamber of Secrets or 76391 Hogwarts Icons Collectors’ Edition would individually qualify for the freebie, for instance – as would previous direct-to-consumer sets 71043 Hogwarts Castle and 75978 Diagon Alley. Alternatively, there are a whole range of smaller Wizarding World sets that could easily combine to reach the required spend.

40452 Gryffindor Dorms is built in the same modular format as the rest of this year’s Hogwarts sets, which means it can slot right in with the likes of 76386 Hogwarts Polyjuice Potion Mistake and 76387 Hogwarts Fluffy Encounter. Alongside two non-exclusive minifigures of Harry Potter and Ron Weasley, the GWP includes four collectible wizard cards and an 8×8 base on which to display them.

You’ve got until November 7 (or while stocks last) to secure your copy of 40452 Gryffindor Dorms. Consider supporting the work that Brick Fanatics does by purchasing your LEGO Harry Potter sets using our affiliate links. Thank you!