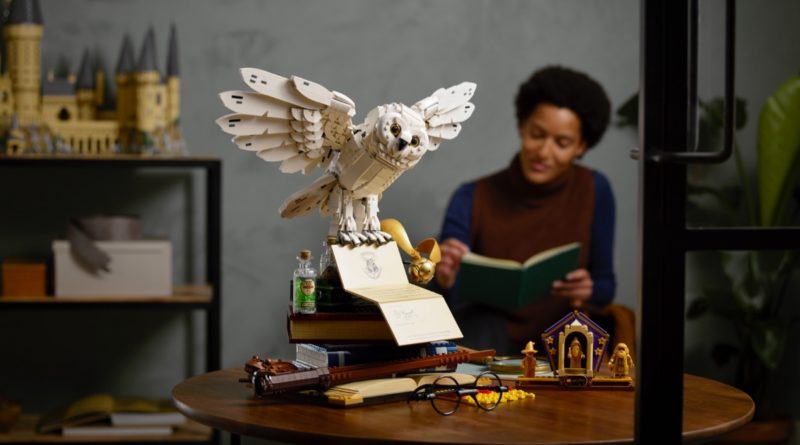 Wands (and wallets) at the ready: LEGO Harry Potter 76391 Hogwarts Icons Collectors’ Edition is now available to order at LEGO.com.

The towering 3,010-piece set is a Potterhead’s dream, combining brick-built magical objects – including Harry’s wand, glasses, potions, spellbooks and more – with a life-size recreation of Hedwig. It feels like an age since the set was first announced, but it’s now finally available to purchase at LEGO.com and in LEGO Stores.

US fans can only pre-order at the moment, however, as a shipping delay has pushed 76391 Hogwarts Icons Collectors’ Edition’s launch date back to September 15 in North America. The rest of the world is mercifully unaffected by the same issue, so those of us in the UK, Europe and elsewhere can indulge right now.

Alongside the stack of magical objects in the box, you’ll also find three exclusive golden minifigures to complete your 20th anniversary collection, including Professors Dumbledore and McGonagall and Rubeus Hagrid. Take a closer look at all nine golden Harry Potter minifigures by clicking here.

We’ve already given our verdict on 76391 Hogwarts Icons Collectors’ Edition, which you can find in text form by heading here or in video form by hitting play on the clip above (or navigating to our YouTube channel). In short, though: it’s utterly spellbinding.