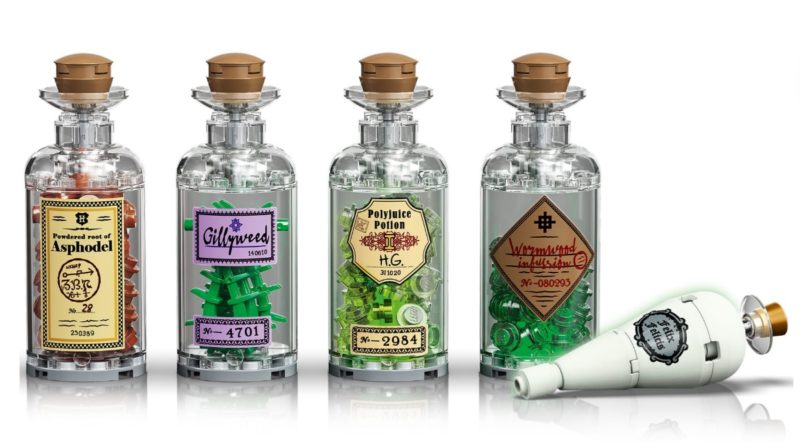 Various potions are mentioned throughout the Harry Potter books and movies, so why were these five selected for LEGO 76391 Hogwarts Icons Collectors’ Edition?

Each one plays a particular role within the story of Harry Potter. The first and most unusual bottle is Felix Felicis, standing out for its tapered design. It cannot stand up on its own, just as in the movie.

It’s memorably used by Harry himself in Harry Potter and the Half-Blood Prince in order to get a memory from Horace Slughorn. The golden potion brings the drinker good luck, with a healthy dose of confidence and the giggles to boot, if Harry’s experience is anything to go by.

The other four potions are shaped like a standard bottle. Two of them, Wormwood Infusion and Powdered Root of Asphodel, are mentioned in Harry’s very first Potions class. While neither are used as potions in their own right, Snape asks the class what would happen if they were mixed together.

The mention of these two ingredients is actually a nod to Snape’s true loyalties. According to Victorian Flower Language, asphodel is a species of lily that is supposed to mean ‘my regrets follow you to the grave’. From the same sources, wormwood means ‘absence’ and also typically symbolises bitter sorrow. When you combine the two, Snape is essentially saying ‘I bitterly regret Lily’s death’.

Gillyweed is of course also not technically a potion, but rather a plant, as you can see if you look closely at the bottle. It’s given to Harry before the second task in the Triwizard Tournament, by Dobby in the book and Neville in the film. Once eaten, Gillyweed allows a person to swim and breathe below water, quite literally growing gills to do so.

Finally, Polyjuice Potion is one of the most commonly used mixtures in the entire series. First appearing in Harry Potter and the Chamber of Secrets, drinking it turns you into whoever’s essence has been brewing within it. It’s not pleasant to drink but turns out to be incredibly useful at various points of the franchise.

Clearly then, each one of these substances has special significance to Harry and his story, as do all the objects included in this set. Find out more about 76391 Hogwarts Icons Collectors’ Edition in our detailed review before it goes on sale from September 2, retailing for £229.99 / $249.99 / €249.99.

Support the work that Brick Fanatics does by purchasing your LEGO Harry Potter sets using any one of our affiliate links. 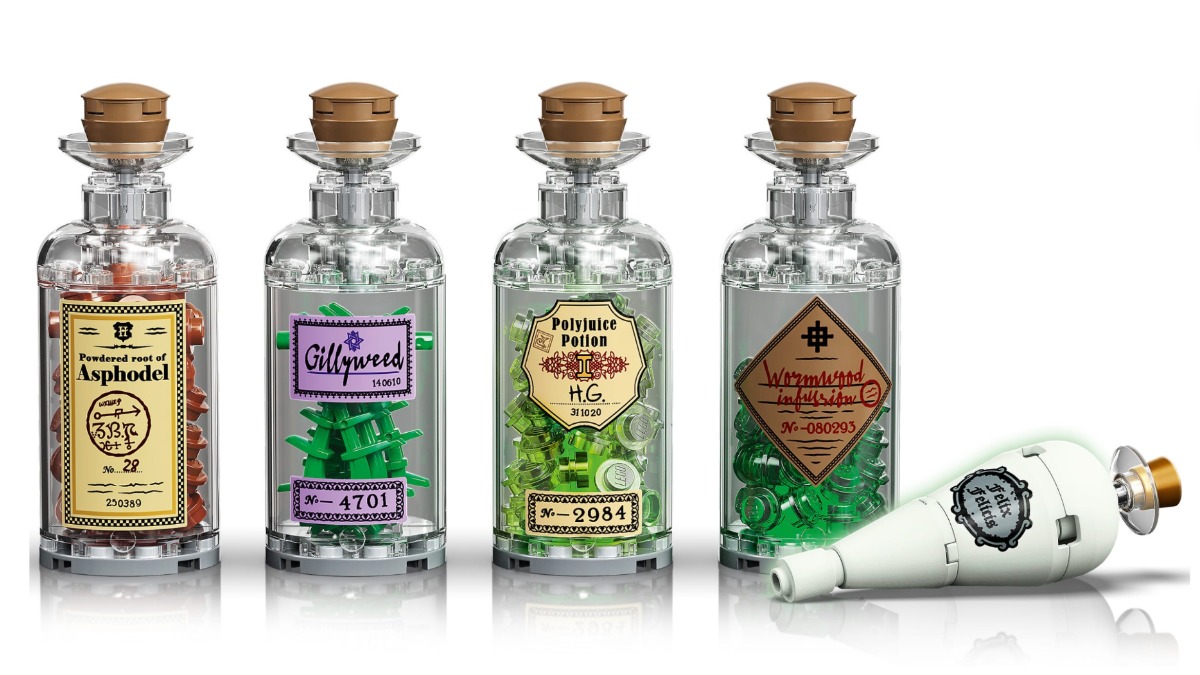