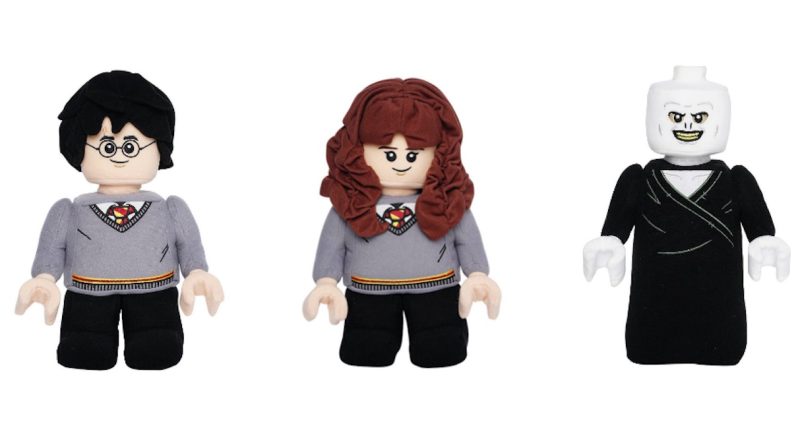 Following previous collaborations, the LEGO Group and US retailer Target have once again joined forces to create a line of exclusive items. In December 2021, the LEGO x Target Collection was revealed, including a number of limited-edition items such as apparel, kitchenware, stationery and more.

Also included in the range were red, blue and white Minifigure Astronaut Plush characters, created by The Manhattan Toy Company. Now the US retailer has announced that the LEGO Harry Potter Plush Toy Collection has been added to its site, with five characters based on minifigures from the Wizarding World.

Harry Potter, Hermione Granger, Hagrid, Albus Dumbledore and Lord Voldemort are all available from Target now, with prices ranging from $19.99 to $24.99. The LEGO Harry Potter Plush Toy Collection will also be available in the UK from both Amazon and LEGOLAND retail stores at some point, but no specific release dates have been revealed.

Those LEGO Harry Potter fans looking for a slightly more mature collectible only have to wait until next week when the highly-anticipated 76405 Hogwarts Express Collectors’ Edition arrives. Due for launch on August 31 at LEGO.com and in LEGO stores, the 5,129-piece set includes 20 minifigures and is priced at £429.99 / $499.99 / €499.99.