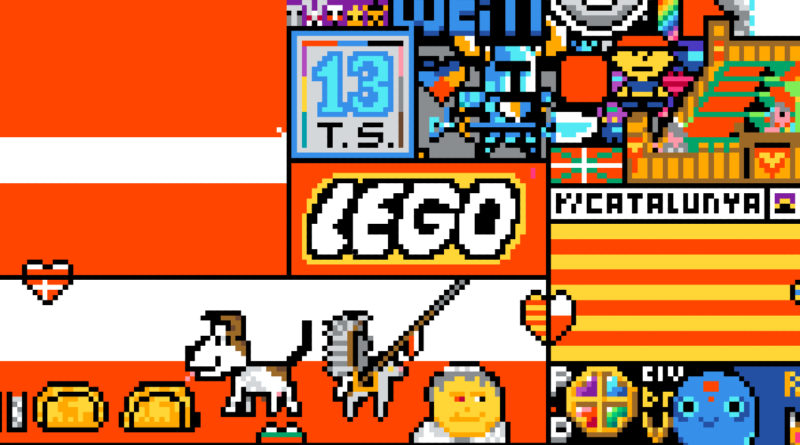 For April Fool’s 2022, Reddit reintroduced their collaborative Place project and the LEGO Group has a spot on it thanks to the community.

Five years ago in 2017, Reddit hosted Place on the platform, a collaborative social experiment open for a limited time where pixels on a canvas could be changed by users, but only in a limited capacity. This led to cooperation within and between communities to create artwork on the wider collage representing the various subreddits on the platform.

For 2022, the project is back for a second run. At the time of writing, next to the Danish flag you can find a shortened version of the LEGO Group’s logo, representing the community in the social experiment. To create and maintain this section of Place, an organised effort has been made by the LEGO subreddit to demonstrate the passion for the plastic pieces.

• We need these fan-made LEGO Star Wars: The Book of Boba Fett helmets
• Custom DeLoreans flood in following reveal of LEGO 10300 Back to the future time Machine
• A visual guide to LEGO Star Wars: The Skywalker Saga DLC characters and release dates

The experiment will end on April 5, and it’s yet to be seen whether the community can keep this portion of Place dedicated to bricks until the end of the project when no more changes can be made.

The LEGO section and surrounding areas in the finished result might be well-represented using 21226 Art Project, which you can find on the official online store now.