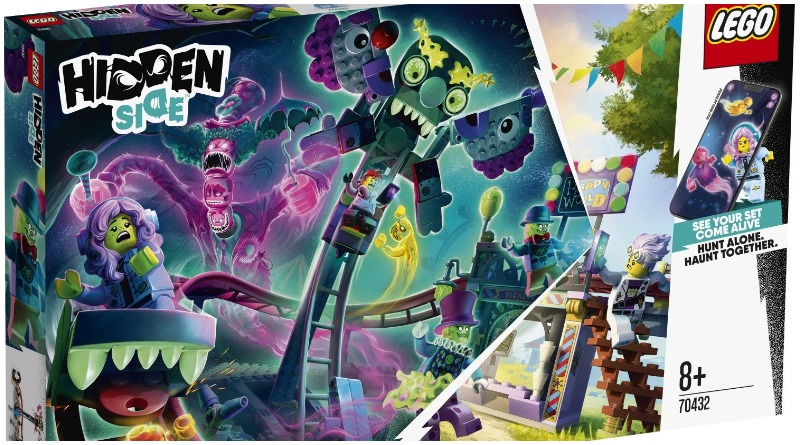 The first batch of LEGO Hidden Side sets for 2020 has been revealed by the LEGO Group.

Six models are due to launch in the augmented reality theme on December 27, priced from €19.99 to €49.99. The images have been published on the German LEGO Newsroom, as discovered by Promobricks.

The sets include new vehicles, locations and characters, alongside updates to characters from the first wave. Jack Davids has a new hat (nobody tell Smithers), Parker L. Jackson has restyled her hair, and El Fuego has, erm, died.

The current wave of Hidden Side sets are available to order now:

30434 Reindeer is currently free with a £35 spend on absolutely anything at LEGO.com. Double VIP points are also available on LEGO Disney 41167 Arendelle Castle and LEGO Disney 71044 Disney Train and Station (review).