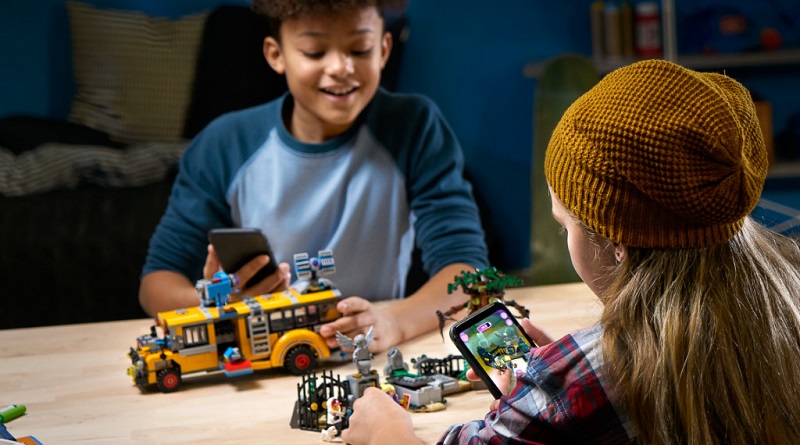 Like many media outlets, Fast Company was given a special demo of LEGO Hidden Side via Skype before the new theme was announced yesterday – and took the time to find the app to be sorely lacking. While CNET was entertained but not overwhelmed by the app, Fast Company has been much more scathing of the new AR experience. The website is usually full of praise for the LEGO Group, referring to the company as “the Apple of Toys” in 2015.

The first point identified is that the mobile device has to be held in one hand while the model is manipulated with the other, meaning that the LEGO design team has to create models that could be operated one-handed.

It is the app itself and the basic gameplay that draws the most irritation from the website though, as this excerpt from the article demonstrates:

The app embodies many of the lousy clichés of bad mobile games–the sort of dopamine-fueled, meaningless play that makes many parents fear screens in the first place. Poking and prodding at the model, you sometimes discover ghosts. The long-term goal is to trap 100 different ghosts, aiming a reticle to pew-pew them into a trap. Along the way, you find skeleton keys, and collect cash to upgrade your own ghost equipment.

Watching this scene play out on my screen is a profoundly sad experience. I see every trope of mindless, addictive game design, yet very little of the creative play that makes LEGO so fun. Yes, there are some clever interactions between the physical model and the screen–it’s neat that you can place a minifig on a particular part of the set and the screen gets it, perhaps exorcising the ghost trapped inside. But neat AR stuff is a dime a dozen. And a brand like LEGO is a rarity.

The argument in the piece is not that the app will not be popular – apparently 1,400 families were used in focus group tests to feedback during the development. What the writer argues is that the screen limits the imaginative leap that children usually take when playing with such a toy, and that collecting ghosts does not live up to the high standards of the LEGO brand.

The full piece is worth a read, and does not exist in a vacuum – other outlets have been more positive about the app – but LEGO media outlets were not given access to demos, so there is not yet any comment from those who expertise is with the brick. It won’t be until August 1 that fans can find out for themselves if the app actually enhances the experience.