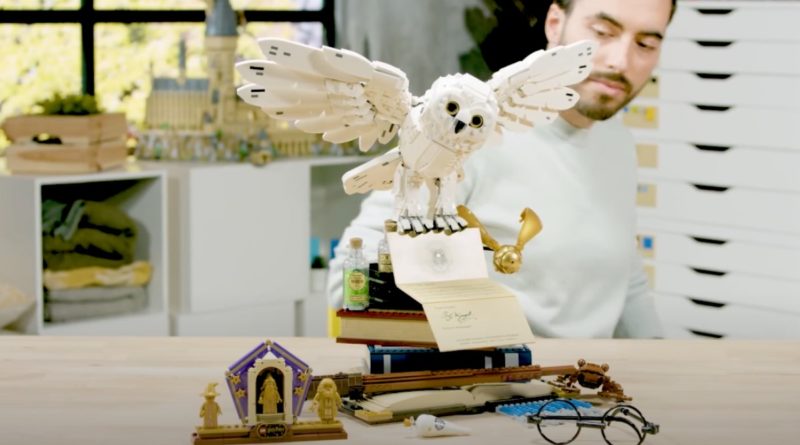 “This is a collection of some of the most iconic and important artefacts that we see in the Harry Potter movies,” he says, “that we put together in this celebratory art piece to mark the 20th anniversary of LEGO Harry Potter.”

76391 Hogwarts Icons Collectors’ Edition features a stack of LEGO books, including Tom Riddle’s diary, a tray with Hermione Granger’s magical potions and ingredients, plus a wand and a pair of Harry Potter’s glasses. The set also boasts a chocolate frog (a reference to Ron Weasley), a Hogwarts letter of acceptance, a golden snitch and a scarf that can be customised to represent your favourite Hogwarts House.

The set is topped off with a LEGO version of Harry’s faithful owl, Hedwig. In addition the set also includes three iconic gold minifigures of Dumbledore, Professor McGonagall and Hagrid on a Harry Potter themed display stand.

“My favourite part of this set has to be Hedwig,” says Bessa. “I certainly had a great time figuring out a good way of building a structure inside the model that holds the weight of Hedwig. Utilising Technic bricks mixed with System bricks in a way that was simple enough to build, but strong enough to withstand the sheer weight of the brick-built owl.”

76391 Hogwarts Icons Collectors’ Edition is available now from LEGO.com and be sure to check out our full review of the set here.