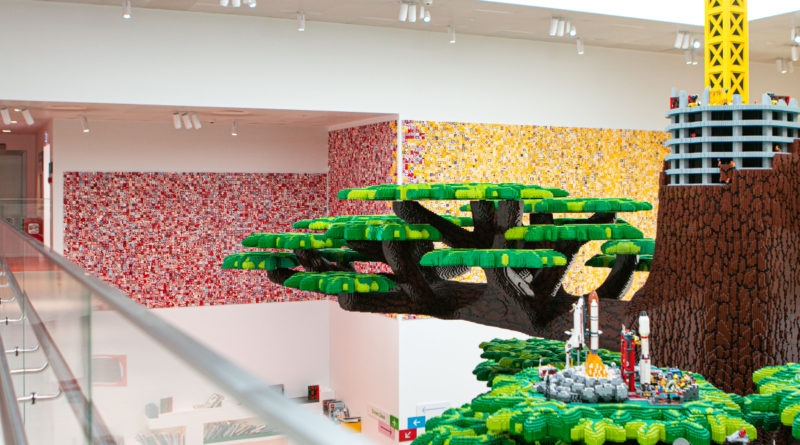 The LEGO House has officially revealed its latest addition to the brick-built tourist attraction as work has finished on the LEGO CON murals.

Officially announced at LEGO CON 2021, the LEGO House has completed the assembly of the fan-designed DOTS artwork, all combined into a collection of colourful displays that now adorn the walls of the building.

A series of images have been released to give those aiming to visit the attraction an idea of what to expect from the new attraction, which sits at the highest level of the LEGO House.

“In the wake of a global pandemic, this building event has been a great opportunity to engage with LEGO fans from all over the world,”

“We wish we could welcome a lot more international guests to the Home of the Brick in LEGO House, but when that hasn’t been possible, it’s been a great alternative that we’ve been able to build together – apart,” says Jesper Vilstrup, Managing Director of the LEGO House.

“The fact that it has ended with participants from more than 50 countries contributing to the 50 square metres we wanted to decorate is almost creative magic.”

More than 27,000 mini mosaics made using a digital tool, or physical bricks at home or in the attraction make up the artwork. Those aiming to visit the LEGO House and see it for themselves can do so from now and through to the end of 2021.