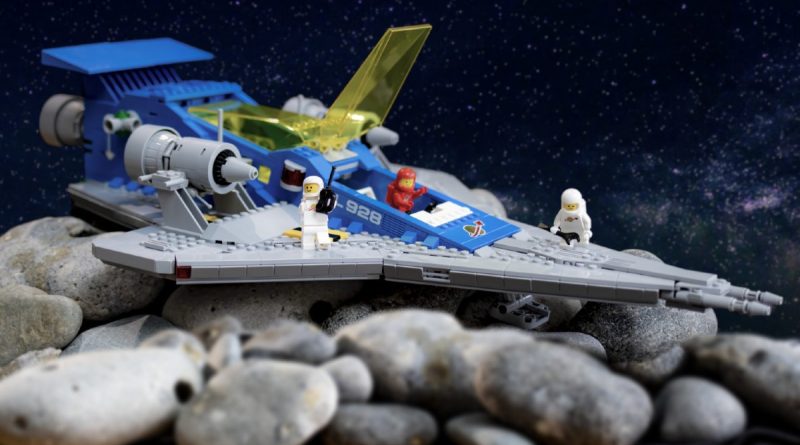 Dozens of new sets have just launched at LEGO.com, but one stands head, shoulders and trans-yellow canopies above the rest – and has now landed straight in Brick Fanatics’ Top 20 LEGO Sets List.

We’re of course talking about 10497 Galaxy Explorer, a stunning recreation of a 43-year-old set produced specifically to celebrate the LEGO Group’s 90th anniversary. If you were fortunate enough to own the original 497 Galaxy Explorer in 1979, or even just coveted arguably the greatest Classic Space set of them all, you’ll know exactly why this is such a special release – and why it deserves a spot in our Top 20 LEGO Sets List.

10497 Galaxy Explorer hasn’t earned that high-flying position on nostalgia alone, though: it’s also a satisfying and brilliantly-executed build that reimagines and refines all the hallmarks of the original set, all wrapped up in packaging that will take you right back to the late ‘70s/early ‘80s. Embiggened to one-and-a-half times its original size, the new Galaxy Explorer finds all sorts of inventive ways to recreate classic pieces of yesteryear.

That increased scale is intended to recapture the feeling of swooshing the original set around your house as a kid, and it absolutely does the trick: you’ll feel like 497 Galaxy Explorer has grown up with you, too. Best of all, this is also the cheaper and more accessible of the two flagship 90th-anniversary sets (the other being the prohibitively-expensive 10305 Lion Knights’ Castle), coming in at just £89.99 / $99.99 / €99.99.

Yet for all its strengths (indeed, because of them), 10497 Galaxy Explorer is also a perfect recipe for a set that – like 10300 Back to the Future Time Machine and 10294 Titanic – will undoubtedly be hard to come by at LEGO.com. There’s no saying how long it will stay in stock, and therefore how long it will last in our Top 20 LEGO Sets List (which tracks the very best products currently available in the UK and Europe).