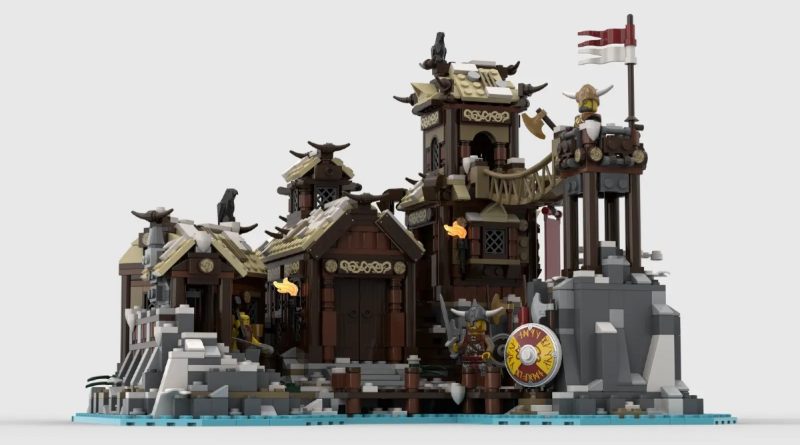 A price comparison site has published details of the first four LEGO Ideas sets supposedly arriving in 2023, including the recently-announced Viking Village.

While we already know the full landscape of LEGO Ideas for the foreseeable future, we don’t know exactly when or in which order those fan-designed sets will hit shelves. Price comparison site brickmerge has now published listings for four brand new LEGO Ideas sets arriving in 2023, however, giving us some insight into what could follow 21335 Motorised Lighthouse and 21336 The Office.

Next year’s first LEGO Ideas set will apparently be 21338 A-Frame Cabin, based on a design by Andrea Lattanzio. It’s then said to be followed by 21339 BTS – Dynamite, 21340 Hocus Pocus – The Sanderson Sisters’ Cottage and 21341 Viking Village, bringing us right up to date in the list of LEGO Ideas sets currently in production.

Truthfully, the release order of those models shouldn’t be too surprising: they follow the order in which those projects were given the green light, whether through a standard LEGO Ideas review or – in the case of BrickHammer’s Viking Village – through a fan poll. That suggests brickmerge could well be making educated guesses with these listings, but StoneWars also places them in the same order.

No specific release dates are attached to any of these sets yet, but it’s very likely that they’ll be staggered through at least the first half of 2023, if not further into the second half of the year. While we know they’re coming, though, remember that any details around these LEGO Ideas projects are so far unconfirmed, and should be treated lightly.