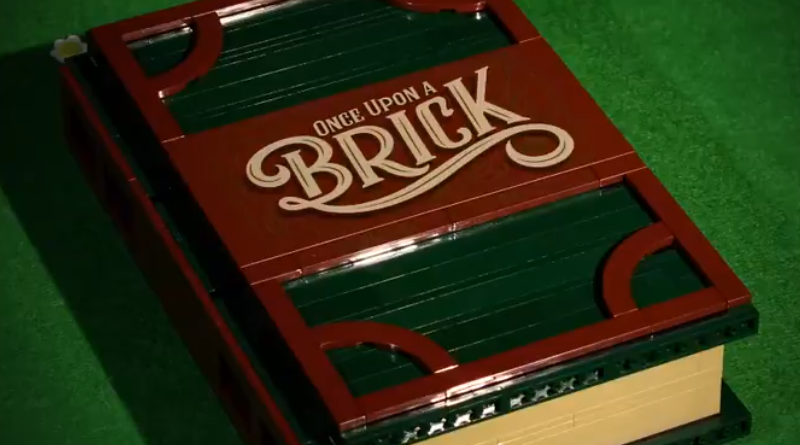 LEGO Ideas has revealed the new set, 21315 Pop-up Book, for the first time.

The LEGO Ideas team has revealed 21315 Pop-up Book on social media. Back in May, it was announced that the LEGO Ideas project from Jason Allemann and Grant Davis had made it through the review process and would be released as an official LEGO set. The set will be released on October 26.

In a new teaser video revealed on the LEGO Group’s social media channels, fans can see the closed book – leaving the pop mechanism to the imagination. One of the minifigures included is revealed, with the big bad wolf dressed as the grandma popping up during the snippet.

The Pop Up Book continues a tradition of the LEGO Ideas theme selecting projects that may otherwise not make into the LEGO range, following sets such as 21301 Birds and 21313 Ship in a Bottle.

Jason’s name may be familiar to LEGO Ideas fans as one of his previous projects was successful and saw release as an official set – 21305 Maze.

The LEGO Ideas team recently announced that the next two approved projects are The Flintstones and the Treehouse, with both sets expected to launch next year.  LEGO Ideas 21311 Voltron is the most recent set in the theme, that celebrates ten years since its platform launched, to allow fans to get involved in the design process, this year.