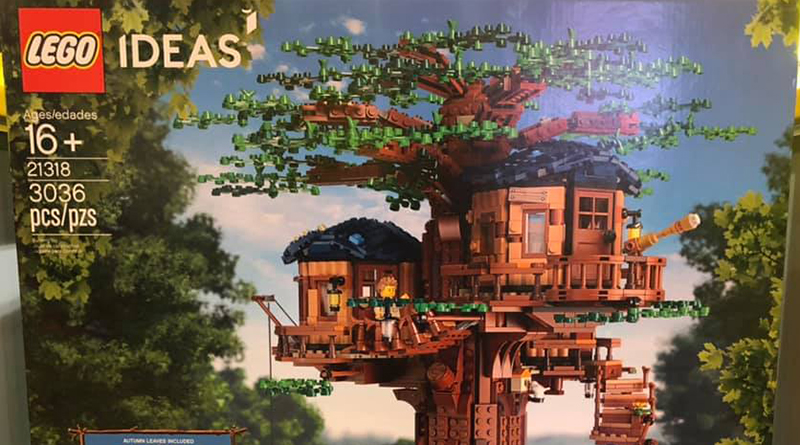 The next LEGO Ideas set, 21318 Treehouse, has turned up at a LEGOLAND Discovery Centre.

Last October it was announced that LEGO Ideas would release 21318 Treehouse, a set based on Kevin Feeser’s design. Now, the set has started to appear, showing up at a LEGOLAND Discovery Centre shop in Texas, USA. Anyone who wants to own the new model should call up their local attraction to see if it is on the shelves.

The box for the set reveals that it contains 3,036 pieces, making it the largest LEGO Ideas set released so far. A huge quantity of ‘plants from plants’ botanical elements are included, in both regular and autumnal colours – so fans can choose which way to display the model. The price at the LEGOLAND Discovery Centre was $200.

This detail set recreates a large tree, with two rustic looking huts built into it along with steps so that the included minifigures can access them. Four minifigures are included, demonstrating the epic scale of this model.

LEGO Ideas 21318 Treehouse is expected to have a full launch in the next few weeks.