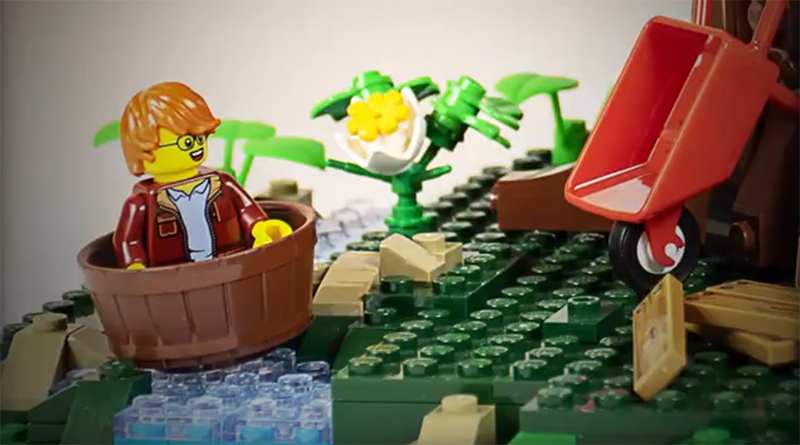 The LEGO Group has shared a video to promote the imminent launch of a new D2C set,  LEGO Ideas 21318 Treehouse.

LEGO Ideas 21318 Treehouse has been turning up for sale in the odd place, but has not yet had a formal launch. An announcement is expected soon, and given that it has already been showing up, the wide release is likely to follow very shortly thereafter.

Kevin Feeser came up with The Treehouse project, combining his passion for wildlife with his love of the brick. In this little animation he starts off building the official model, before the minifigures take over for some entertaining antics.

Get back to nature with the new LEGO Ideas Treehouse. Coming soon. pic.twitter.com/0cOxKQOBFs

The box for LEGO Ideas 21318 Treehouse reveals that it contains 3,036 pieces, making it the largest LEGO Ideas set released so far. A huge quantity of ‘plants from plants’ botanical elements are included, in both regular and autumnal colours – so fans can choose which way to display the model. Nestled in the tree are four separate tree house rooms for the included minifigures to explore, with the set in a similar scale to modular buildings.