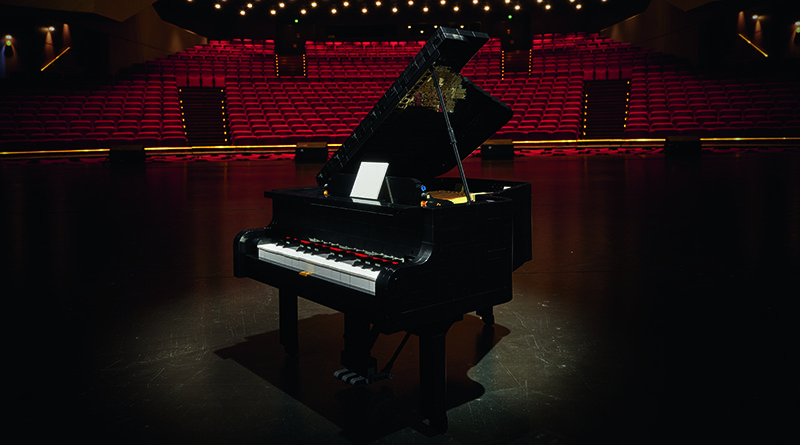 The next LEGO Ideas set, 21323 Grand Piano, has been revealed – and it’s one of the most ambitious LEGO sets yet.

Almost two years ago, Donny Chen’s LEGO piano build went viral and quickly secured 10,000 fan votes on the LEGO Ideas platform. Initially the project was neither accepted nor rejected, until September last year when it was officially announced. Now, fans can get a look at the resulting set – 21323 Grand Piano, a working LEGO player piano that uses 3,662 pieces.

The set includes a removable 25-key keyboard, a top lid that can be propped up, an authentic hammer action plus a moving damper and pedal.

“When I’m not building with LEGO bricks, I’m teaching, tuning or writing music on my piano,” says Donny. “So, when I first discovered LEGO Ideas, I knew I wanted to build something that not only combined my two passions, but also looked visually stunning. It’s truly an honour to see my idea brought to life by the talented people at the LEGO Group and I hope it brings joy to all the other music fans who voted for the idea on the LEGO Ideas platform.”

“We get so many amazing concepts submitted through our LEGO Ideas platform, but when we saw Donny’s piano design it really stood out as something extraordinary, with great potential to become a truly unique LEGO set,” says Federico Begher, LEGO VP of Global Marketing.

“The accompanying images and video submitted by Donny really sparked some ideas within the team. We believed that including power functions as part of the model to enable the set to play real music in real life would elevate the design even further. We simply could not pass on the opportunity to create the ultimate LEGO Ideas Grand Piano model for music and LEGO fans alike!”