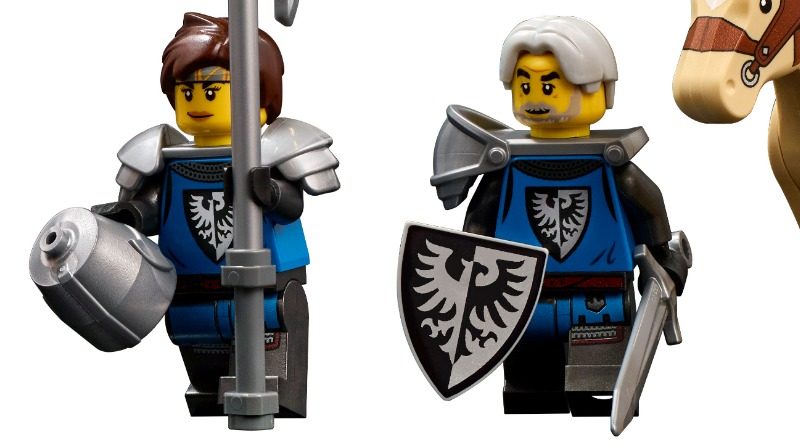 The newly-revealed model weighs in at 2,164 pieces, making it the biggest Castle set ever released. In an age where direct-to-consumer sets are constantly pushing boundaries of size and price, though, the more interesting headline for veteran fans may be associated with its minifigures.

The LEGO Group has now subtly tweaked the crest for 21325 Medieval Blacksmith, introducing some organic curvature to the falcon’s wings, legs and feet. And in doing so, it’s propelled the Classic Castle faction into the modern day, possibly paving the way for more subthemes or soldiers to return in future.

Those knights aren’t the only minifigures included in 21325 Medieval Blacksmith, though. There’s also a blacksmith (naturally), complete with ginger beard and hair, and an archer, who makes great use of the squinting face print (which also pops up in 10278 Police Station). The character line-up is then rounded out by a pooch and a horse, the latter of which is brand new in tan.

21325 Medieval Blacksmith will launch on February 1. Click here for all the details, or check out the full gallery of lifestyle images for a closer look inside the towering three-storey building.