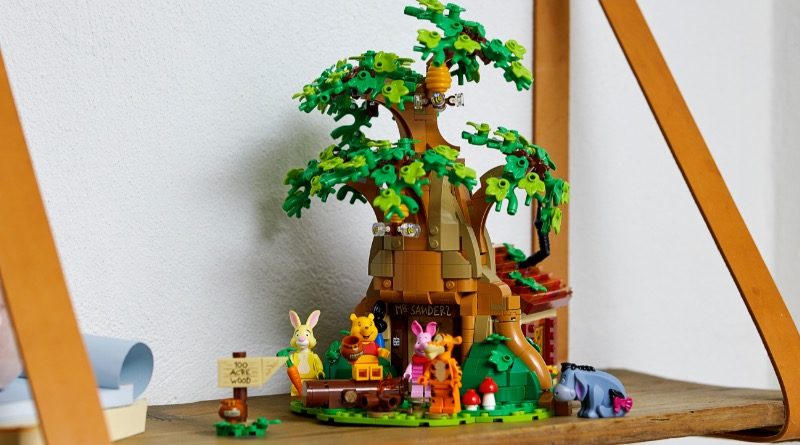 While most new releases go live at midnight Central European Time (and therefore 11pm UK time), the latest LEGO Ideas set won’t be available to purchase until 1am CET (or midnight UK time). It’s a tiny delay, but very much worth bearing in mind if you’re planning to buy it as soon as it goes live.

The LEGO Group hasn’t given any particular reason for the delay, but the cynic in us says it may have been to prevent shoppers from grabbing 40450 Amelia Earhart Tribute in the same order. The gift-with-purchase was originally scheduled to run until March 14, then extended through March 17.

If 21326 Winnie the Pooh launched at 11pm in the UK, you may have been able to use that set (plus an extra £10.01 of products) to qualify for 40450 Amelia Earhart Tribute, thereby denying the LEGO Group a second earlier order to nab that freebie.

Of course, none of that matters now, because 40450 Amelia Earhart Tribute is already out of stock in the UK. Instead, adding 21326 Winnie the Pooh to your basket at midnight will see your order qualify for both of this year’s seasonal gifts-with-purchase, 40449 Easter Bunny’s Carrot House and 30579 Easter Chick Egg.

Remember, you’ll need to be a VIP member to grab the set tonight, but there’s basically no reason not to sign up to the LEGO Group’s loyalty program: it’s free to join, and you’ll earn points to spend on future purchases or exclusive rewards. Otherwise, the LEGO Ideas set will launch for everyone on April 1.

For more on 21326 Winnie the Pooh, check out our in-depth review, then journey through the Hundred Acre Wood with its fan designer in our exclusive interview.