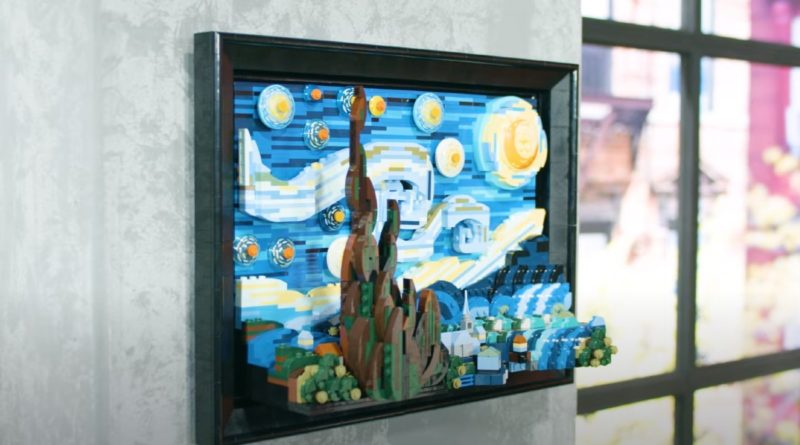 It seems that LEGO designer videos are back with a vengeance as another has been shared for 21333 Vincent van Gogh – The Starry Night.

LEGO designer master Søren Dyrhøj leads the latest designer video as he takes us on a tour through the artistic Ideas model, which begins with a panning shot of the set on display on a wall, which might be helpful to those of you planning to do just that.

The history of this LEGO Ideas project turned official model is explained and an additional guest is brought on board as Cara Manes of the MoMA details the original painting.

You can also get a quick glimpse at some of the concepts used for the various graphics and prints in 21333 Vincent van Gogh – The Starry Night, including on the exclusive minifigure.

These designer videos have been missing on the official LEGO YouTube channel for six months despite recent launches of huge sets, but with this and another for 42143 Ferrari Daytona SP3, we might be able to expect more in the coming weeks for similarly sized models such as 10302 Optimus Prime.