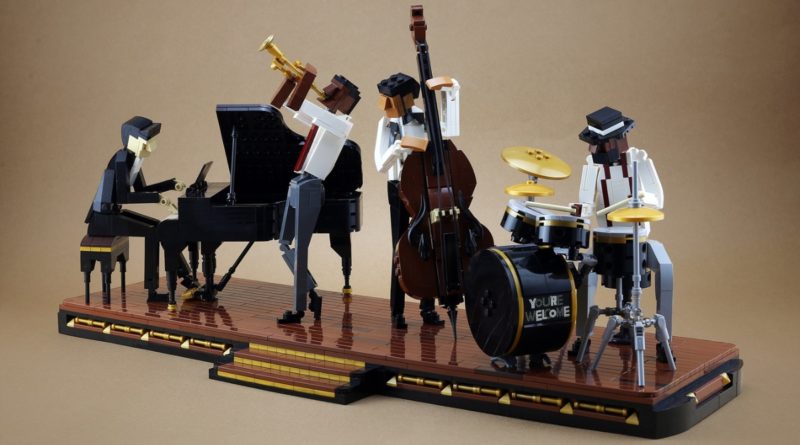 Hsinwei Chi’s Jazz Quartet will reportedly follow Vincent van Gogh’s The Starry Night in the LEGO Ideas line-up – and it may be cheaper than you were expecting.

We’ve already had two LEGO Ideas sets this year in 21331 Sonic the Hedgehog – Green Hill Zone and 21332 The Globe, with two more said to be on the way very shortly in 21333 The Starry Night and Ivan Guerrero’s The Adventures of the USS Cardboard, the latter of which will be a future gift-with-purchase.

Given the number of Ideas projects currently in development, though, it’s no surprise to learn that word has already emerged of what could follow – and according to Promobricks, Hsinwei Chi’s Jazz Quartet will be next in line to hit shelves, with product number 21334.

The original project – which reached 10,000 supporters in February 2021, and was approved for production in October 2021 – looks pretty part-intensive, particularly through its brick-built base, and could have shaped up as another in a long line of expensive LEGO Ideas sets. However, Promobricks claims that the final model will actually retail for just €99.99.

We’re apparently looking at a total piece count of 1,606, which suggests the LEGO Group may have opted to simplify the musical build’s base to some extent. That wouldn’t necessarily be a bad thing, though, allowing the musicians and their instruments to take centre stage in 21334 Jazz Quartet (if that does end up being the final product name).

While we know for sure that Hsinwei Chi’s model will be turned into an official product eventually, details around its price, piece count and release date are all still rumours at this point, so treat them lightly until official confirmation arrives.