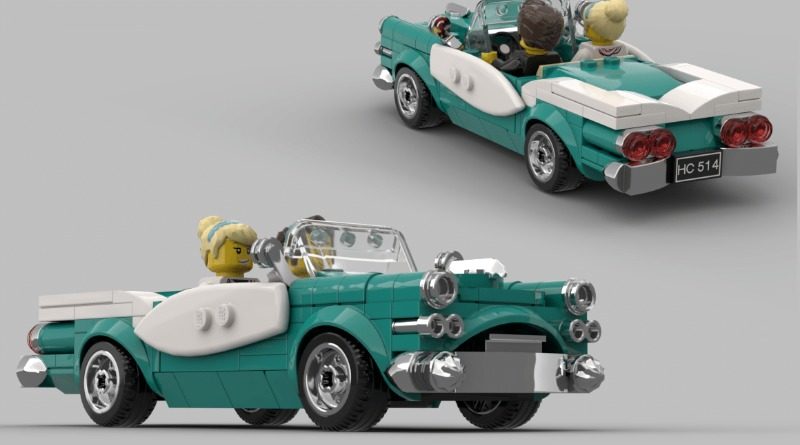 LEGO Ideas 40448 Vintage Car may be a gift-with-purchase through LEGO.com and LEGO Stores in January.

That’s according to Promobricks, which reports you’ll need to spend €85 in Europe to acquire the fan-designed model. There’s no word yet on the equivalent thresholds in the UK or US, but they usually tally – so in this case, expect to need to spend £85 / $85.

The good news is that any theme will qualify for the model, so you won’t be restricted in your LEGO shopping. And that means an £85 spend on LEGO Harry Potter sets will bag you both 40448 Vintage Car and 30628 The Monster Book of Monsters, which will also reportedly launch in January.

There aren’t many differences between the original concept and the final model. The most obvious is probably that the chromed elements have been swapped out for light grey, but if you look closely, you’ll also notice the distinctive surfboard doors sit slightly lower on the official product.

You’ll have plenty to choose from to qualify for the car, as dozens of new sets are due to launch on January 1. There’s no word yet on when the 40448 Vintage Car promotion will end, but it’s safe to assume stock won’t last forever.