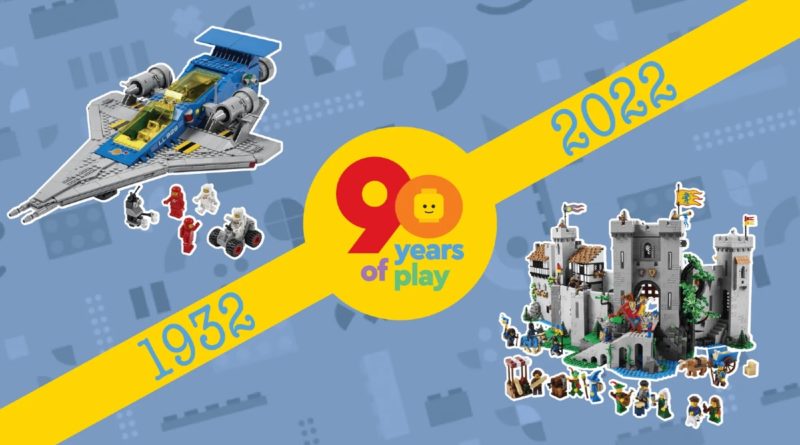 The LEGO Ideas team has celebrated the company’s 90th birthday by announcing four of the five winners of its 90th-anniversary contests.

Throughout July and into August, the LEGO Ideas platform held a series of five contests to champion the 90th anniversary of the LEGO Group. Four of those each tied into one of the themes that made it to the final in last year’s 90th-anniversary poll (held to choose a theme for its celebratory sets), including Castle, Space, BIONICLE and Pirates. The fifth and final contest simply asked for a microscale version of any LEGO set.

As promised, the winners of almost all of those contests have now been revealed on the LEGO Group’s birthday. We say ‘almost’ because the winner of the first microscale contest has yet to respond to the Ideas team, and will therefore be announced at a later date. The team say they ‘couldn’t not share’ the other winners today, though.

The winning entry in the Castle contest, which called for microscale versions of existing LEGO Castle sets, is a tiny rendition of 6082 Fire Breathing Fortress by tofu.nugget. They’ve recreated every aspect of the original set, from its dragon, knights and horse to even its raised baseplate and box art.

The next (and final) three contests each tasked builders with coming up with original designs that could fit into their respective themes. Ideas user carloslc13 has taken top prize in the Space contest with a breathtakingly huge space colony, built in microscale. Even the desert terrain has been painstakingly rebuilt in tan bricks, giving the model a real sense of depth and grandeur.

Levi CJ Mason’s Cut Throat Falls Outpost has been awarded the gold medal in the Pirates contest, meanwhile, channelling the design DNA of 21322 Pirates of Barracuda Bay – only with an even greater scope than the 2020 LEGO Ideas set. There’s even a crashed pirate ship, with torn and tattered sails reflecting the derelict island.

Finally, Shipmaster1’s BIONICLE: Helix has come out on top in the constraction-themed contest, presumably for how brilliantly it recreates the aesthetic of BIONICLE’s part library with regular System elements. (Zoom in to really appreciate just how much effort has gone into this contest-winning entry.)