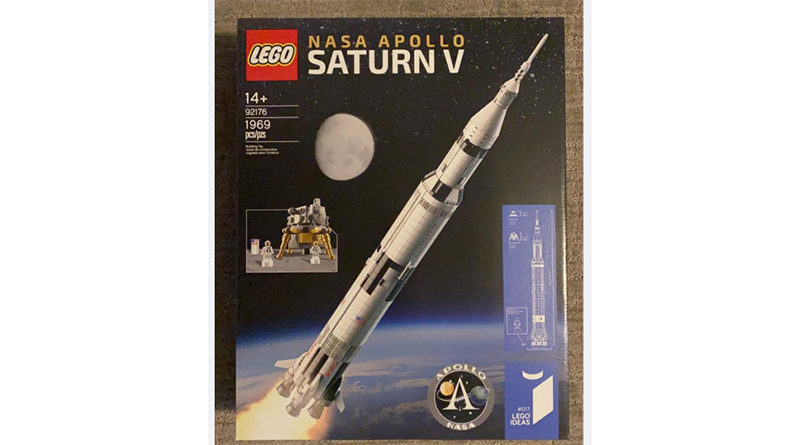 Yesterday saw images of the new box for LEGO Ideas 92176 NASA Apollo Saturn V, a re-release of 21309 NASA Apollo Saturn V, turn up online. One fan has already received the physical set from Amazon USA. Although the product listing is for the original 21309 set, the 92176 version is now shipping.

The set, designed with assistance from NASA, is one of the longest ever LEGO sets, measuring one metre when constructed.

There’s no confirmation yet as to whether orders for 21313 made via Amazon will receive the original or updated version of the set.

It’s unusual for sets to be re-released, especially given that LEGO Ideas sets often have shorter lifespans than regular retail sets. That said, the lifespan of LEGO sets has become more unpredictable in the past few years.

The Earth Globe was recently announced as a new LEGO Ideas set that will be released based on a fan design.