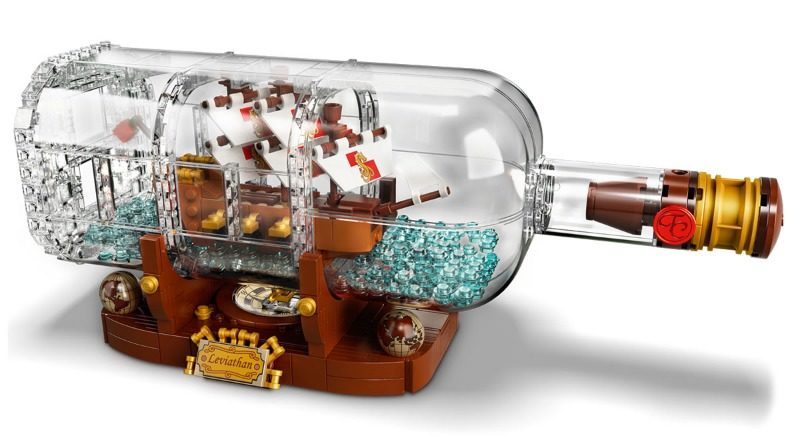 The LEGO Ideas reissue 92177 Ship in a Bottle has finally launched at LEGO.com in the UK, two months after it arrived in the US.

It’s one of two Ideas sets that the LEGO Group has recently resurrected from retirement, alongside 92176 NASA Apollo Saturn V, due to popular demand. For a while, though, it looked like the relaunch of Jake Sadovich’s 21313 Ship in a Bottle might not be coming to the UK at all.

Thankfully, that worry has now turned out to be unfounded, as the 962-piece set arrived alongside more than 100 other new sets on January 1. That means you can now grab it for £69.99, matching the RRP of the original set. In fact, the reissued version of the set looks to be identical to 21313 Ship in a Bottle in all departments – despite what the US box says.

The LEGO Group is currently offering 40448 Vintage Car with an £85 / $85 spend at LEGO.com, so 92177 Ship in a Bottle will almost get you there all by itself. Fortunately, there are plenty of options to top up your order: check out the full list of new-for-2021 sets here. Double VIP points are available on two of them, including LEGO CITY 60292 Town Center and LEGO NINJAGO 71737 X-1 Ninja Charger.