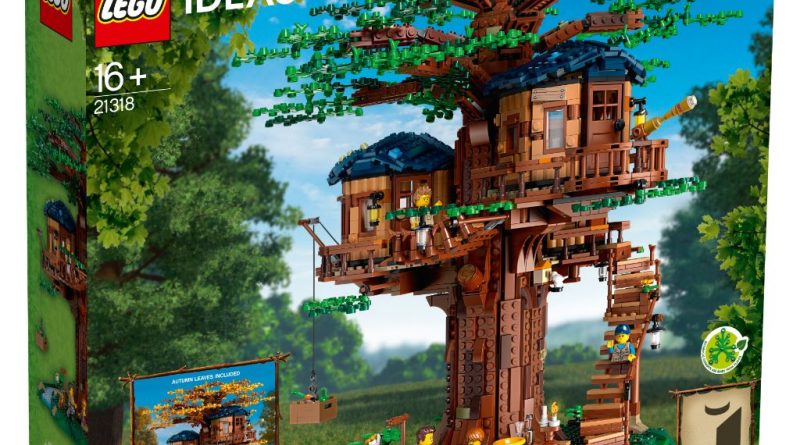 The Treehouse has been confirmed as one of the upcoming LEGO Ideas sets selected from fan designs.

Inexplicably wearing suits, Ali Plumb and Hasan Jensen announced two new LEGO Ideas products that have been selected from the first 2018 review period. Live on YouTube, the LEGO Group presented a video that revealed that two new LEGO Ideas sets will be coming from the latest review – the Treehouse and The Flintstones.

Kevin Feeser came up with The Treehouse project, combining his passion for wildlife with his love of the brick. He was inspired by Robin Crusoe stories and his own experience in tree houses. The story behind the build is that a family of adventurers gad to rebuild their lives in a treehouse.

The following projects from this review period were not selected:

Embraer A-29 Super Tucano (Smoke Squadron) by Alex Paschoaletto
SR-71A The Final Flight by JustOneMoreBrick
Stitch by Legohaulic
Modular Arcade by Astronaut Avila
I am Amelia Earhart by Alatariel & Brad Meltzer
LEGO Mystery Science Theater 3000 by JMaster
Acclamator Class Assault Ship by Lucero
The Vintage Motorcycle of BMW R60/2 by maximecheng03
LEGO Treehouse is expected to be released at some point in 2019.

Recently, 21311 Voltron launched as the largest set to have originated as part of the fan inspired theme.

LEGO The Treehouse is expected to be released at some point in 2019.