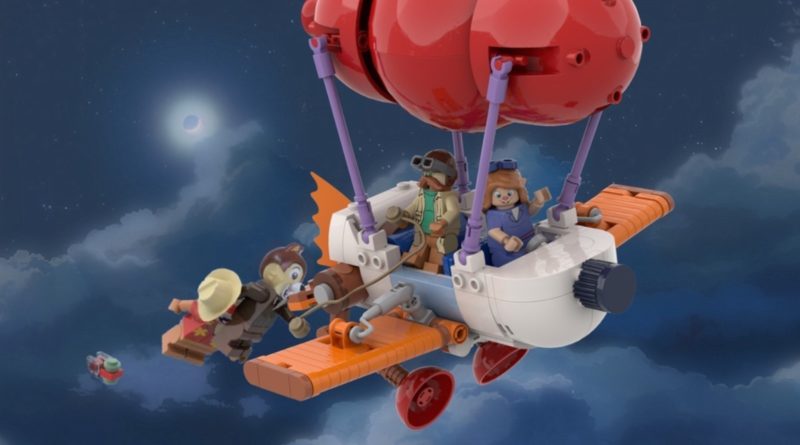 A LEGO Ideas project from the fan designer behind 21330 Home Alone is tantalisingly close to a breathtaking photo finish on the crowdsourcing platform.

Alex Storozhuk’s Ch-Ch-Ch-Chip ‘n Dale: Rescue Rangers currently has 9,839 supporters, which means it’s only 161 shy of advancing to the review stage. Under the time limits in place on LEGO Ideas, however, it only has four days left to gather those votes – or it will expire for good. If that happens, Alex is free to resubmit his project, but he’ll be starting from scratch in terms of support.

When he first submitted it to the platform in February 18, 2020 – a full year after his Home Alone project, which has since achieved support, been given the green light and landed on shelves as an official LEGO Ideas set – Alex’s Chip n’ Dale project was well-timed for the new Disney movie, which blends live action with animation.

It’s perhaps a little late for that now, given the film will debut on Disney+ in May, which is a shame – the LEGO Group was clearly open to the potential of the licence, given it’s since launched its own Chip ‘n Dale BrickHeadz set (presumably as a loose tie-in to the movie) in 40550 Chip & Dale.

If the Ideas submission does make it over the line – and it will be a very close-run thing – its success beyond that point could effectively hinge on the popularity of the movie, and more importantly, whether it gets a sequel.

This kind of last-minute progression generally isn’t the norm for LEGO Ideas, as evidenced by a quick glance at the ‘most supported’ page. The four other projects that currently have more than 9,000 supporters – so more than 90% of the 10,000 required to advance to the next step – have anywhere between 136 and 332 days to finish gathering votes from users.

Alex doesn’t have the same luxury, which means the race to 10K is now well and truly on. The prolific Ideas user does already have one 10K project in the first 2022 review, however, based on The Polar Express.