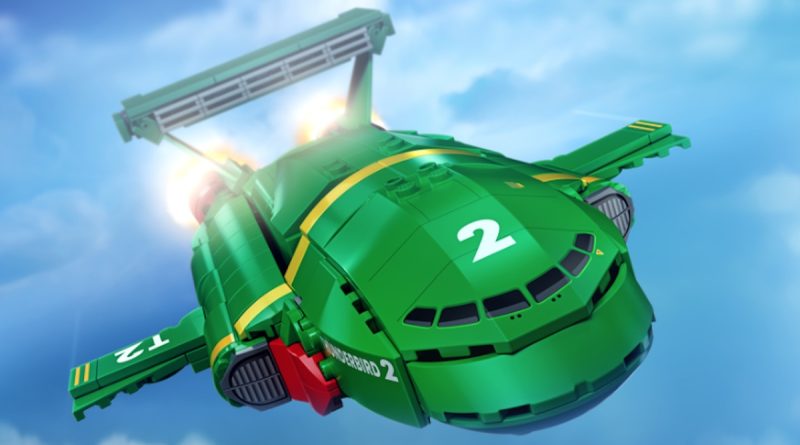 Based on the iconic 1960s Gerry Anderson TV series, Classic Thunderbirds has just hit the 10,000 supporters mark on LEGO Ideas.

An updated version of the Thunderbirds Are Go design created by AndrewClark2 in 2019 has once again managed to secure 10k votes on LEGO Ideas. Now renamed Classic Thunderbirds, the 2022 model is still based on the iconic 1960s Gerry Anderson TV series, albeit with a slightly revised look.

Constructed from around 753 pieces, Classic Thunderbirds includes detailed versions of Thunderbird 2 and Thunderbird 4, as well as The Mole and Master Elevator Car vehicles. In addition, the set features microfigures of International Rescue members Virgil and Gordon Tracy, plus scientific genius, Brains.

Classic Thunderbirds also comes with a single minifigure of Virgil Tracy, the main pilot of Thunderbird 2, will an alternate head that has a different facial expression. The ship’s detachable cockpit reveals a detailed interior and pods can be removed from the craft in order to store the smaller vehicles.

With Classic Thunderbirds being added to the third LEGO Ideas submission review stage, the current list of 11 fan-created designs currently stands as follows: